Lil Wayne was energetic and “spoke clear as day” while onstage during his concert in St. Petersburg, Florida, on Friday, a concert-goer tells PEOPLE.

The Grammy-winning rapper, 34, was reportedly rushed to the hospital over the weekend after suffering a seizure, leading to the cancellation of his upcoming show in Las Vegas, according to TMZ.

But fans who attended his performance at Jannus Live in Florida tell PEOPLE Wayne appeared in good health.

“He was jumping around the stage,” Wyatt Cheshire of Tampa, Florida, says. “He was so on point! Seemed to me he had high energy. I was close enough to see that he appeared to be drinking water bottles all night on stage, and he spoke clear as day.”

Tayler Shreve tells PEOPLE fans were “furious” to be waiting hours before the rapper finally walked out. “He walked out on the stage smoking a joint and he was literally hours late,” she says.

“He seemed absolutely fine, and performed really well,” she continues, adding that Wayne was smoking throughout the show, but that she did not see him drinking.

According to TMZ, the Grammy-winning rapper was found unconscious in his room at the Westin hotel after suffering a first attack, and then faced a second seizure after being admitted to Northwestern Memorial hospital a short time later.

Wayne’s representatives confirmed to the site that he had suffered multiple seizures. On the advice of physicians, he’s currently resting. His camp has not immediately replied to PEOPLE’s request for comment.

The rapper’s 18-year-old daughter, Reginae Carter, took to Twitter on Monday to assure worried fans that her father was “doing fine.”

“My dad is doing fine everyone ! Thanks for the concerns. you guys are amazing,” she wrote.

She added in a follow-up tweet: “Oh yeah … & don’t believe everything you hear.”

Wayne, who battles the neurological disorder epilepsy, has been hospitalized numerous times over the years due to his seizures. In July 2016, he cancelled another appearance in Vegas, and the previous June he suffered an attack on his private jet, which required an emergency landing. It was a repeat of a similar scary incident that took place in 2012.

One seizure in 2013 was nearly fatal, landing him in the Intensive Care Unit in Los Angeles. 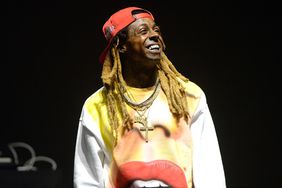 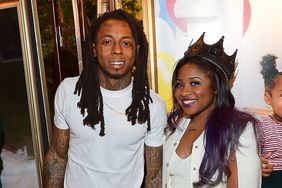 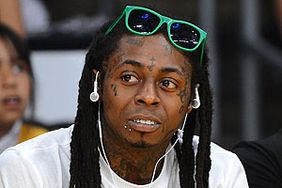