Lenny Kravitz Says He and Daughter Zoë 'Have a Very Open Dialogue': 'We Can Talk About Anything'

In this week's issue of PEOPLE, Lenny Kravitz gets candid about his relationship with daughter Zoë and her mom Lisa Bonet

Lenny Kravitz is once again proving that he and Zoë are the ultimate father-daughter duo.

In this week's issue of PEOPLE, on newsstands Friday, the rocker — whose new memoir Let Love Rule is out Oct. 6 — opens up about the tight bond he has with the Big Little Lies actress.

"Zoë and I have a very open dialogue," Lenny says. "We can talk about anything and everything."

When he looks at the relationship he has with Zoë, 31, whom he shares with ex-wife Lisa Bonet, Lenny, 56, says it reminds him of the relationship that his late mother, Jeffersons actress Roxie Roker, had with her own father.

Lenny Kravitz Talks Love, Lisa Bonet and His Struggle to Find the One: 'It's Difficult'

As Zoë has carved a path for herself in the acting world over the past decade, Lenny says he couldn't be prouder.

"She really did it on her own," he says. "In school she never told people who her parents were. She would make me pick her up down the block. Some kids might’ve used it to their advantage, but it wasn't her style. She's done an amazing job. I know that my mother is very proud of her — not just her accomplishments, but her behavior, her attitudes, the way she has done what she's done and the kind of human being that she is."

Lenny also opens up about why it's been so important to him to remain close with Zoë's mom, Bonet, 52, despite divorcing back in 1993.

"It's essential," he says. "We have a child, and we love each other just as much as before — it's just a different situation. It takes time, work and dedication, but that is something that the two of us had."

As for Bonet's husband Jason Momoa, 41, and their two kids Lola, 13, and Nakoa-Wolf, 11, Lenny has nothing but love for them.

"I love her husband, and I love her children," he says. "We all get together, and we have the best times. We communicate, we have each other's backs and that is the way it should be. We're all one family."

For more details on Lenny Kravitz's life and family, pick up this week's issue of PEOPLE, on newsstands Friday. 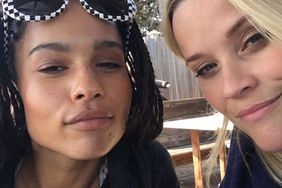 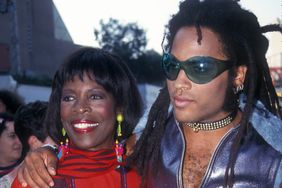