On Tuesday, PEOPLE exclusively confirmed that Lady Gaga and her fiancé Christian Carino had ended their engagement

Days before news broke that she had ended her engagement with fiancé Christian Carino, Lady Gaga was on vacation in Cabo San Lucas, Mexico seeming “gloomy,” a source tells PEOPLE.

The source says Gaga, 32, was on a luxurious six-day vacation in Cabo with friends for Valentine’s Day. The singer left Cabo on Monday, one day before news of her split was revealed.

“Gaga spent Valentine’s Day in Cabo with friends,” the source says, adding that Gaga’s childhood best friend Bo O’Connor was on the trip. “They stayed in a gorgeous oceanfront villa in a gated community. The weather was amazing. They took a yacht out one day. Gaga enjoyed a lot of pool time… It seemed like the most perfect vacation.”

“Yet, you could tell everything was not great with Gaga,” the source tells PEOPLE. “She seemed a bit gloomy and low energy. On previous vacations, she has had much more energy and looked happier. It was obvious that she was going through something.”

Gaga’s rep confirmed to PEOPLE on Tuesday that she and Carino had ended their engagement.

“It just didn’t work out. Relationships sometimes end,” a source told PEOPLE, adding that the pair split “a bit ago.” “There’s no long dramatic story.”

“Their friends knew they weren’t going to work out in the long run,” another source told PEOPLE. “It always seemed Christian was more into the relationship than Gaga was.”

Speculation began that the couple was taking time apart when eagle-eyed fans noticed that Gaga was not wearing her engagement ring at the Grammy Awards on Feb. 10. Gaga also did not thank Carino in her acceptance speech after her song “Shallow” won the best pop duo or group performance prize.

Carino, 49, did not attend the Grammys, even though Gaga had brought her former fiancé as her date to other events this awards season, including the Screen Actors Guild Awards and the Golden Globes, as she’s made the rounds accepting trophies for A Star Is Born.

On Valentine’s Day, instead of sharing photos with her fiancé, the star revealed that she’d had a permanent piece of A Star Is Born inked on her body. Gaga debuted a large tattoo on her spine that pays tribute to her role in the acclaimed musical-drama.

‘My Love Life Has Just Imploded’: Lady Gaga on the Ends of Her Past Relationships

Gaga revealed her engagement to Carino at Elle‘s 25th Annual Women in Hollywood Celebration in October 2018, when she thanked “my fiancé Christian” during her speech.

PEOPLE had exclusively confirmed Gaga and the talent agent were dating in February 2017 after the couple were spotted getting affectionate at a Kings of Leon concert that year. 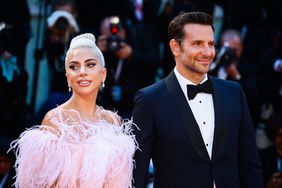 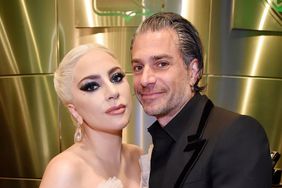 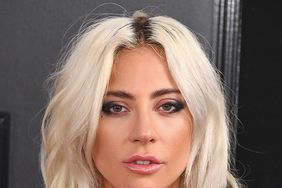 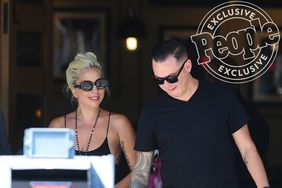 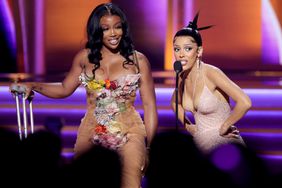 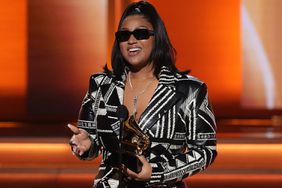