On Wednesday, the Broadway star, 51, released “Little Pieces” — a song written by friend and composer Andrew Lippa that was inspired by the popular Netflix docuseries about the strange world of America’s big cat community.

The track features Chenoweth singing from the perspective of Carole Baskin, the founder of Big Cat Rescue and Joseph “Joe Exotic” Maldonado-Passage‘s nemesis, and is a part of an unofficial Tiger King musical parody Lippa has been working on while social distancing in his home.

“Hey, all you cool cats and kittens,” Chenoweth begins, referencing the Baskin’s iconic catchphrase. “It’s Carole, and I’ve got something for you.”

The musical number also includes lyrics about Baskin’s former husband Don Lewis, who mysteriously vanished without a trace in August 1997.

What Happened to the Disappeared Husband of Carole Baskin, Featured in Netflix Series Tiger King?

Lewis, a self-made millionaire who helped Baskin turn their Florida property into the animal sanctuary it is today, was 60 and still married to the big cat lover when he disappeared. In a 1998 interview with PEOPLE, the oldest of Lewis’ four children, Donna Pettis, then 42, claimed that Baskin feeding his body to big cats would be “a perfect scenario to dispose of someone. We were upset that the cops didn’t test the DNA on the meat grinder.”

In the series, Baskin refutes any claims or suggestions she had anything to do with her husband’s disappearance, and recently repeated her position in a statement posted to her organization’s website, calling the claim “absurd.”

“I never threatened him and I certainly had nothing to do with his disappearance. When he disappeared, I did everything I could to assist the police,” the statement says.

“Don, I think we are through / Nothing left of me and you / Eat or eaten, that’s my creed / Now it’s clear what we both need / Must do the deed,” Chenoweth sings on the track, seemingly addressing the speculation. “One of us is heading to the garbage heap / One of us is gonna be set free / One of us is being chopped up in their sleep / And it sure as hell ain’t me.”

Chenoweth announced the song’s released on her social media accounts, sharing a photo of her wearing an outfit similar to one Carole wore on the docu-series. “Tiger cubs, the song is here! Find it on SoundCloud. Video coming next week!” she captioned the picture.

“Little Pieces” is “Carole’s end of Act One song” in his musical parody, according to Lippa.

“Tiger cubs, a reminder. Tiger King: The Musical (A Parody) is, as the title suggests, A PARODY. (this is for you legal scholars) But I tigress…” he tweeted early April.

Though Lippa’s musical is still in the works, Netflix announced earlier this week that the streaming service will be providing new Tiger King content in the form of an after show titled Tiger King and I. 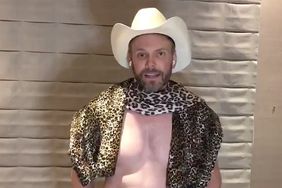 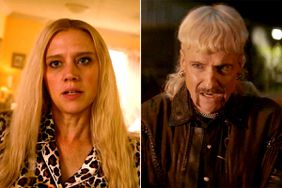