“I’ve learned a lot about myself and who I am as a creative,” Khalid tells PEOPLE about his last few years since dropping Free Spirit

Khalid released American Teen, his debut album in 2017 and made his mark by singing about life as teenager. Now, two additional albums and four years later — he's giving fans a sneak peek at who Khalid is as an adult.

In honor of his new collaboration with Cola-Cola on the Real Magic campaign, the 23-year-old singer dove into his newest musical release, Scenic Drive (The Tape) — a glimpse at his full-length album set to release in 2022.

Khalid released Scenic Drive (The Tape) on Friday, two years after dropping Free Spirit in 2019 — and he tells PEOPLE it's "one of those projects that I've been holding onto my heart for so long."

Since the release of Free Spirit, Khalid says he experienced pivotal years as he's entered his 20s — and he says fans will now "get a new understanding of who I am as an adult."

"I've learned a lot about myself and who I am as a creative and I feel like the collaborators that I worked with as well are adults that I respect," the "Location" singer says. "When I listen to this project, it just sounds like a more mature version of myself."

Aside from his work on the album, however, Khalid teamed up with Coca-Cola to pursue another passion of his — lifting BIPOC communities.

"The thing that gravitated me to Coca-Cola for the platform that they're releasing, Real Magic, is being a Black creator, person of color, and just being an advocate for that support that actually is necessary — especially this day and age," he says. "I'm all about inclusivity, spreading love, [and] spreading positivity."

Under the Real Magic campaign, Coca-Cola is launching its TikTok channel with the #ShareTheMagic challenge — and Khalid's new track "Open" is the soundtrack.

This challenge is meant to highlight the work of BIPOC creators on the social media platform and give them the credit they deserve. It also invites them to express their creativity through any medium by sharing a video with the challenge hashtag and Khalid's "Open."

RELATED: Khalid Is the Face of Levi's First Men's Chino Collection: 'They're So Comfortable to Hang Out in'

This initiative is a small step toward progress with an issue raised by Black creators online earlier this year. In June, #BlackTikTokStrike began trending and Black creators used it to voice their concerns over the lack of credit granted to creators on the app. Meanwhile, non-Black users were reaping the financial and personal gains from views.

For the Coca-Cola collab, Jalaiah Harmon, the 16-year-old who created the "Renegade" TikTok dance will choreograph a dance to "Open," and will serve as a judge to culminate a "best of" mash-up of participants after Dec. 21st, which marks the end of the challenge.

Along with new music and as the holidays approach, it's an exciting time for Khalid as he also recently collaborated with "legends" Mariah Carey and Kirk Franklin on "Fall in Love at Christmas," which was released on Nov. 5 — and was featured in Carey's newly released Christmas special.

"They are legends. Legends. Icons. So to be in that picture and to be a part of this amazing, beautiful song, that's special and just embodies the holidays is something that I will forever be appreciative for as an artist myself," he tells PEOPLE of working with Carey, 52, and Franklin 51.

He adds, "I can't wait for people to enjoy it and share it with their family for the holidays." 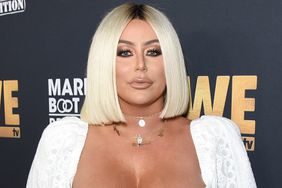 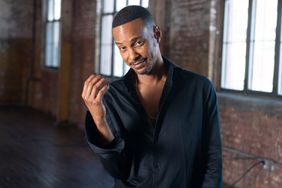 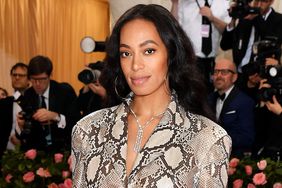 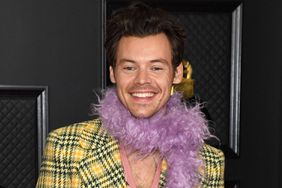 Harry Styles Will Headline Capital One Beach Bash Concert in Miami — and It's Free!