Cole had been transparent of her mother's drug addiction in the past. "Every time my mom relapse, it breaks my heart more than it's already been broken," she wrote in 2018

Early Monday morning, Cole's sister Elite Noel confirmed that her mother Frankie had died on her birthday of an overdose after suffering from drug addiction for years.

"Worse [sic] pain ever.... to see my mama in a body bag on her birthday!" she wrote. "My heart so f—ing broke." Their brother also told TMZ Lons had relapsed at her Oakland, California home.

Lons had marked two months of sobriety back in March, TMZ reported. Cole, 39, has yet to make a public statement about her mother's death.

Back in 2018, Cole opened up about what it's like to have her mom face addiction.

"This was 2½ years ago. Every time my mom relapse, it breaks my heart more than it's already been broken," she wrote. "I'm hoping, if any of u are dealing with a family member who's battling with drug addiction, that you, yourself are learning how to cope with the struggle of it all."

"And all the pain it brings to see a loved one constantly relapsing," she added. "See them go back to the streets Because that's what they're used to, or would rather be. I really miss you! And will always love u."

In the video, Lons asks people to keep her in her prayers as she attempted sobriety. "I've been going to church," she said in the video. "I'm taking this a day at a time." 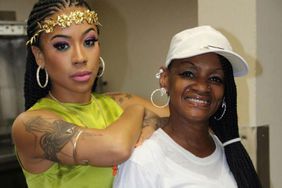 Keyshia Cole Mourns the Death of Her Biological Mother Frankie Lons: 'This Is So Hard' 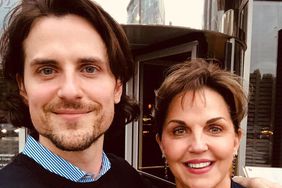