The deejay and dancer celebrated his 40th birthday on Wednesday with the help of sons Sean Preston, 12, and Jayden James, 11. The boys gathered around as Federline blew out the “4” and “0” candles displaying his new age on a birthday cake, according to photos shared on wife Victoria Prince’s private Instagram account.

Prince also shared a snap of her husband smiling as he looked down at the dessert with the caption “Happy Birthday Babe.”

Federline’s birthday bash will continue this weekend in Las Vegas, where he’ll be making an appearance and perform a deejay set at the gentlemen’s club Crazy Horse III on Saturday.

RELATED VIDEO: Proud Papa Kevin Federline Takes His Three Daughters to a Dance – and They Look So Grown Up

In February, The Blast reported an attorney for Federline alerted Spears and her legal team that he would like to re-negotiate the amount the singer pays him in child support each month. This week, The Blast reported that after Federline asked for double the alleged $20,000 he collects monthly from Britney, the pop star’s father Jamie Spears — her court-appointed conservator who controls the 36-year-old singer’s finances — offered to set a budget for Federline rather than discuss increasing child support.

RELATED VIDEO: Britney Spears Relaxes in a Bikini at the Beach with Her Sons After Ending Las Vegas Residency

TMZ then reported that in response to Federline’s lawyer sending Jamie a letter demanding to see Britney’s 2017 tax return, Jamie asked for the same thing from Federline. The singer, who divorced Federline in 2007 after nearly three years of marriage, was worth $34 million as of June 2017, per Forbes.

Reps and lawyers for both Spears and Federline did not immediately return PEOPLE’s request for comment.

“Time. Time heals everything,” Federline said of coparenting with Britney in a 2015 interview with Canada’s etalk. “The family is great. It’s been a long, long journey, but I think where both of us are now, we both have somebody else we’re happy [with]. Everything just works.” 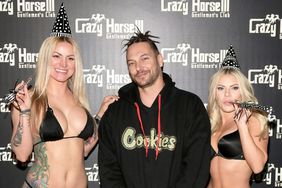 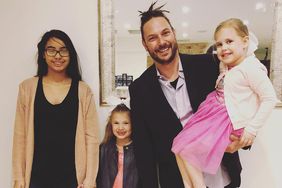