Kesha released her fourth album, High Road, on Friday — and it is a triumphant return to form.

Throughout the rollicking record, the pop star reminds us that party girls have feelings too, as she melds the you-only-live-once nihilism of her early albums Animal and Warrior with the contemplative spirit of her emotional 2017 comeback project Rainbow.

Four years after she rose to fame with electro-pop party-starters like “TiK ToK,” Kesha, 31, fell off the map for a spell in 2014 after she entered rehab for an eating disorder and sued her producer and record label executive, Lukasz “Dr. Luke” Gottwald, 46, claiming he raped and abused her. Luke has vehemently denied the allegations and countersued for defamation and breach of contract. In 2016, a New York judge dismissed Kesha’s claims, and she remains contractually tied to the producer, whose lawsuit is ongoing.

Today, Kesha is in the best place she’s been in years, as she says: “It is okay to go through stuff that’s difficult and then also find joy after working through it.”

Here, the Grammy-nominated singer-songwriter opens up to PEOPLE about growing up and going back to her party-girl roots on her most complex album yet.

On why her last album, Rainbow, was more solemn than her early efforts.

I think it was very obvious I had to address some other types of conversations on the last record. I really wanted to do that in the most serious, respectful way. So I took the time to address it and really give it space and energy and the attention it needed to have. Now I’m ready to be joyful and happy and spread that — and be people’s guilty pleasure or whatever you want to call it, to make people feel good.

On proving she can really sing.

I consider myself a songwriter, first and foremost, and I just wanted to focus on songwriting to prove it to myself and kind of to just show people what my voice was capable of on my own terms because I got to executive produce that record. So I got to choose to not use any sort of vocal modulators or any sort of crazy vocal tricks on Rainbow.

On unabashedly returning to pop.

I love so many different genres of music and I wanted to go with this record making process this time and really let it take me wherever it was going to take me and not try to define exactly what I wanted to see before I went in the studio. I spent about seven months making this record, and what it ended up being is this genre-less mashup of all the kinds of music I like. I really, truly, so unapologetically f—ing love pop music. I didn’t want to keep myself from making something that makes me so happy. It makes me happy to make it, it makes me happy to see my fans dance to it and have people go off at the shows.

So why keep myself from something that brings me joy and then in turn brings other people joy? I just want to bring happiness and a little bit of escapism to the world right now because it can be such a s— show right now, especially if you keep up with politics: I want to give people and myself a little three-and-a-half-minute vacation from the drama of what is the world.

I’m reclaiming a part of my voice that was integral in finding in the first place. I would always kind of s— talk — that’s what I call it other; people would refer to it as rapping. But I did it on my earliest earliest demos when I was 15 and 16 and writing songs for my mom [songwriter Pebe Sebert]. It’s something that I’ve been doing before I ever put out the record, far before I put out my first record. So I said, “Why keep myself from doing something I enjoy doing and my fans enjoy when I do it and it brings me happiness?” It’s kind of fun-feeling and irreverent and not taking myself seriously, and that’s the kind of person I am.

On double standards in the music industry.

There is a double standard. When I first came out people acted like I was literally satanic because I was talking about drinking whiskey, but I was 22 years old. You’re allowed to drink whiskey for f—’s sake. Hopefully I called as much bulls— as I could have in the beginning.

Women are allowed to be more than one thing. And we’re also just human beings that like to go out and party and have sex and it doesn’t mean you’re a bad person. But it also doesn’t mean anything if you choose to not have premarital sex. I just think it’s my own path in being honest about my life: The only way that I can make art that I’m proud of is being honest about my life.

With this record, I’m kind of returning to the fact that I like feeling good, I like having fun — I am a fun person. I think being full of love and happiness and joy is the point of life. I haven’t figured out what the other point would be. So I’m just addressing the fact that you can go through things in life, and you don’t have to be defined by them. 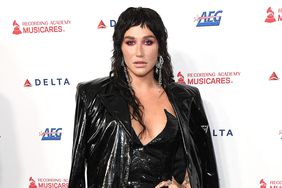 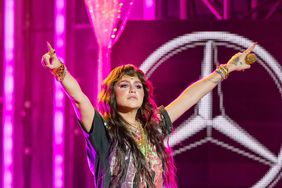 Kesha's Decade-Old Song 'Cannibal' Gets Second Life on TikTok — and She's Joining in the Trend! 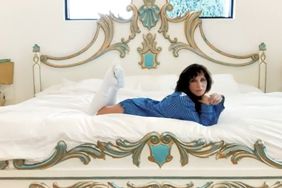 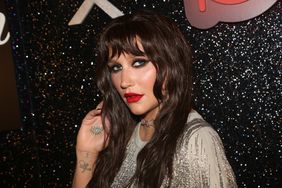 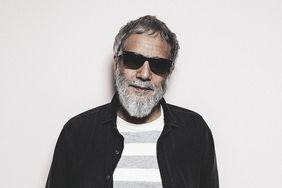