The performance will air on Dec. 10 during the CW's "Silent Night – A Song for the World" musical documentary

Kelly Clarkson and the Vienna Boys Choir are filling a "Silent Night" with music.

For the CW's upcoming "Silent Night – A Song for the World" musical documentary airing Thursday, the singer, 38, teamed up with the renowned Austrian choir for a beautiful rendition of the beloved Christmas carol — and PEOPLE has an exclusive first look at the performance.

In a second PEOPLE exclusive clip from the documentary, Clarkson shares that her first experience out of the country involved the Vienna Boys Choir, which is made up of 100 choristers between the ages of 9 and 14.

"My first experience outside the U.S. when I was a sophomore in high school — we went to Vienna," she says. "That was the very first place we went, and we literally met the Vienna Boys Choir and got to hear them sing. It was so magical. I mean, you have teenagers who aren't generally listening to music like that sobbing because it was so beautiful. There's just something about a boy singing like that before they become men."

Clarkson then explains why she thinks "Silent Night" has remained so special in the centuries since it was first composed by Joseph Mohr and Franz Gruber in Salzburg, Austria, in 1818.

"When you hear something that moves you, it moves you no matter what the language is," she says. "There are some songs — and I feel like 'Silent Night' is one of those — that when you sing, the lyrics transcend the music. It's the whole vibe of the song, it's the melody that really just captures your heart."

"I think that's why I could be in Germany, I could be in Japan, I could be anywhere in the world, and if I start singing certain songs like 'Silent Night,' people sing along," she adds. "Then all of a sudden, there's this connection."

Narrated by Downton Abby actor Hugh Bonneville, "Silent Night – A Song for the World" documents the creation and cultural impact of the famous Christmas carol. Translated into 350 languages, "Silent Night" caused a Christmas ceasefire in World War I and has been recorded over the years more than 6,000 times.

The documentary's creator and director, Hannes M. Schalle, said in a statement that "as a composer and filmmaker living in Salzburg, it was clear that I wanted to tell the incredible story of how the song was created in 1818 and how it became the worlds most performed Christmas carol — in films and music."

"This is a song that is as meaningful today as it was over 200 years ago," he said. "Through this film, I am proud to bring the story behind 'Silent Night' to the world." 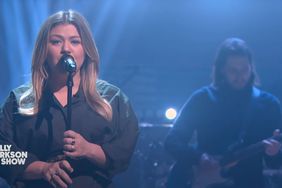 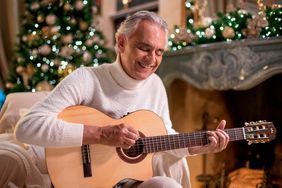 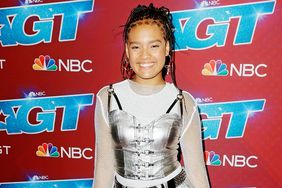