On Tuesday, the R&B singer — and mother of Adeya, 2 — opened up in an interview with Byrdie about embracing their non-binary identity.

Earlier this year, Kehlani came out as lesbian. However, rather than focus on the act of "coming out," the singer prefers to focus on the journey.

"I wish it was more of a journey discovering how I love and what I need versus putting the emphasis on having to 'come out' with my sexual identity," they told the outlet.

Kehlani Comes Out as a Lesbian and Jokes of Their Friends and Family, 'Everyone Knew but Me'

The singer-songwriter also opened up about their album, titled Blue Water Road, set to release in early 2022, which "talks about love and coming into gayness."

Their previous album, It Was Good Until It Wasn't, released in 2020, addressed their relationship with former partner Javie Young-White, with whom they share daughter Adeya, 2.

Now, Kehlani assured that they're adamant on raising their daughter with the notion that there shouldn't be an emphasis on gender.

They continue, "We raised her [to believe] there's no difference. She sees her mommy with her girlfriend. She's going to see her father with whoever he's with. She's going to see all her gay aunties and uncles and her trans aunties and uncles. Everything is normal. They're going to have their own world. Don't make them hateful little shits. Teach them to love and not judge and it's really that simple. I don't know how it gets so overcomplicated."

Back in April, Kehlani shared a similar sentiment about raising their daughter in a "loudly queer" environment.

"All my friends, all her aunties, uncles, her godparents, everybody is just loudly queer," they said at the time in an interview with Advocate. "Our generation already kind of broke the mold of getting to that point, so I don't even think our kids are going to think about it as something that they have to identify and differentiate. I feel it should be normal."

"We'll be reading queer stories, queer books where the baby has two dads, two moms, two parents who don't identify as either. Movies that have that," they added. "She sees healthy queer couples. So, I don't think that she's going to even think about it as 'This is different from normal.' "

Earlier this year, Halsey praised Kehlani for for being a guiding light on their journey to motherhood.

"I just wanna say what a light @Kehlani was and has been for me since becoming a mom," Halsey wrote of Kehlani at the time. "They were an integral part of my calm and my peace approaching labor, by sharing so much of her journey with me and I have so much gratitude for them. Y'all don't understand."

In a follow-up tweet, the "Without Me" artist added, "People talk about artists supporting each other and she has led by example in the most personal way when I was entering really unfamiliar terrain." 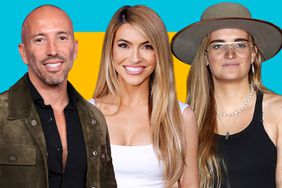 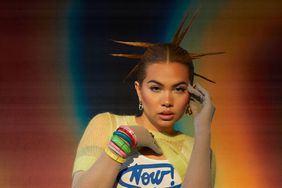