Katy Perry wanted “a season pass” for boyfriend Orlando Bloom‘s ass — and it looks like he delivered.

The pop star, 33, posted a video to her Instagram story of the actor, 41, shaking his butt to hip-hop classic “Baby Got Back” on Wednesday. In it, the Lord of the Rings star is dressing up in a tuxedo, but he stops to do a little dance at Perry’s request, laughing into the camera. Perry added a sticker to the clip that says “Lemme touch ur butt” inside a pink heart.

Also on Wednesday, the American Idol judge shared a few seconds of Bloom sitting across from her while wearing a mint green hoodie. Perry called him a “mint and chip off the old block” in a corny English accent, and he smiled and humored her with his response: “I’m a chocolate chip!”

According to an Instagram posted by Rosmarino Restaurant, the couple is currently on vacation in Greece.

Despite the couple’s on-again-off-again tendencies, a source close to Bloom tells PEOPLE, “Orlando is doing well. He is still very happy with Katy. This has been an amazing year for their relationship. It was like they needed to split and get back together again to get to this point. Orlando is very excited about his life with Katy.”

The insider continued, “It definitely seems like they could have a future together. They both want to be sure though before they take that next step. Katy doesn’t seem so rushed anymore and Orlando likes that.”

Perry was showing an abundance of affection for Bloom on social media earlier this summer, as well. In June, she commented on artwork of him from the current West End revival of Tracy Letts’ play Killer Joe, writing, “I need a season pass for that ass.”

“Oops I meant to send that to you privately,” she added in a separate comment.

And back in March, she was one of the many fans who flooded the 41-year-old actor’s Instagram page on with admiring comments, gawking at the killer six-pack on display in his shirtless selfie.

“Oh hey I was actually looking for a washboard to do laundry on,” she said.

The couple have split and gotten back together a few times since they began dating in January 2016, but they seem to be very much on these days — with Perry revealing at the American Idol finale days before her trip that she is officially off the market (“I’m not single”).

They first sparked rumors of a reconciliation earlier this year by vacationing together in the Maldives in January. In March, they went sightseeing in Prague and spent time together in Tokyo, Japan — where Perry kicked off the Asian leg of her Witness World Tour. He watched her show from the audience and she gave him a shout-out from the stage, dedicating love song “For Me You See” to him.

Following the pair’s trip to Rome in April, a source told PEOPLE that Perry and Bloom were “dating exclusively again” after previously splitting in February 2017. 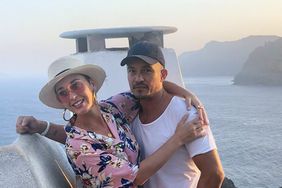 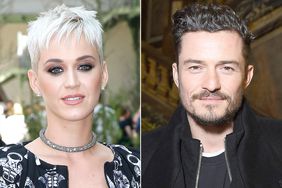 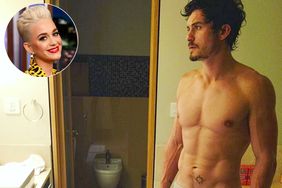 Katy Perry Admires Orlando Bloom's Abs on Instagram: 'I Was Actually Looking for a Washboard' 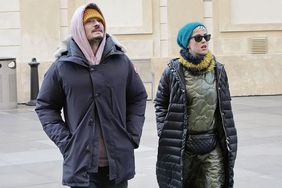 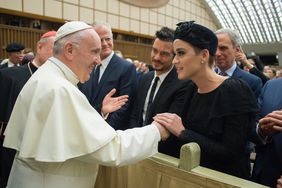