Katy Perry and Orlando Bloom got engaged on Valentine's Day

Congratulations are in order for Katy Perry and Orlando Bloom!

It was an extra special Valentine’s Day for the couple, as the pop star, 34, and actor, 42, got engaged.

Sharing her first photo with her now-fiancé, Perry posted a close-up image of the pair surrounded by numerous heart-shaped balloons, while showing off her unique flower-shaped diamond ring, which features a colorful jewel in the center.

Bloom went on to share the same image on his own Instagram, captioning the adorable snap, “Lifetimes.”

Reps for both stars did not immediately respond to PEOPLE’s requests for comment.

The singer’s mother also shared, then later deleted a few intimate snaps from the couple’s engagement party on her Facebook page, captioning them, “Look who got engaged on Valentines Day!!”

Seemingly teasing the big day to come, Bloom shared a heartwarming quote about love on his Instagram earlier on Valentine’s Day, hours before the couple shared their big news.

“A shallow person will have only shallow relationships. Real love is not one person clinging to another , it can only be fostered between two strong people secure in their individuality. Antoine de Saint- Exupery, author of The Little Prince wrote in a work called Wind, Sand and Stars, ‘Love is not two people gazing at each other, but two people looking ahead together in the same direction.”

Earlier in the day, Perry also shared a sweet shot of Bloom taking a nap beside their two dogs.

“Will u be my teenage dream?” she wrote alongside the snap, adding a left shark emoji, as she referenced one of her biggest hits.

Just under a month before the happy news broke, Perry shared a loving tribute to Bloom in honor of his 42nd birthday.

“Happiest 42nd birthday to the kindest and cutest man I’ve had the pleasure of spending time with,” she wrote alongside a shot of the actor wearing a sweatshirt that read “Woman Power.”

The post came shortly after the couple enjoyed an end of the year holiday, where they were spotted hitting the slopes in Aspen and soaking up the sun in Hawaii.

A source told PEOPLE that their holiday vacation rounds out “a very special year for Orlando and Katy,” adding that “they are doing incredibly well. They seem beyond happy and very serious.”

The couple’s love story dates back to January 2016, when they were spotted acting flirty at a Golden Globes afterparty. PEOPLE then confirmed the “Firework” singer and Lord of the Rings alum were dating, and by February they had introduced one another to friends, as well as Bloom’s 8-year-old son Flynn with ex Miranda Kerr.

Is Orlando Bloom Preparing to Propose? He’s ‘Been Talking About the Future’ with Katy Perry

Over the next 12 months, the pair would reach several more relationship milestones, including meeting one another’s parents: first, his mother in March 2016, then her mom and dad over Thanksgiving and Christmas the same year.

Perry and Bloom’s first shot at romance lasted about a year, before they announced their split in February 2017, when their reps told PEOPLE: “We can confirm that Orlando and Katy are taking respectful, loving space at this time.”

A month later, Perry weighed in on the breakup, tweeting that the uncoupling was completely amicable.

“HOW BOUT A NEW WAY OF THINKING FOR 2017!?” the singer wrote online. “U can still b friends & love ur former partners! No one’s a victim or a villain, get a life y’all!”

Indeed, the pair — who both attended the Vanity Fair Oscars party shortly before revealing their breakup — remained friendly after the split.

“We’re friends, it’s good,” Bloom said of the split in ELLE UK’s May 2017 issue. “We’re all grown up. She happens to be someone who is very visible, but I don’t think anybody cares about what I’m up to. Nor should they. It’s between us. It’s better to set an example for kids and show that [breakups] don’t have to be about hate.”

Six months after announcing they split, Perry and Bloom were spotted together at an Ed Sheeran concert in L.A. in August 2017. “[Orlando] and Katy have been in touch since they broke up,” a source told PEOPLE at the time. “They ended things as friends. They continue to be friends.” Indeed, Perry later addressed the outing, telling SiriusXM Radio 1’s The Morning Mashup: “It’s nice to keep people you love around you. When you get older, lines get blurred.”

But a year after the split, in January 2018, whispers of a reconciliation began rippling when they celebrated the New Year vacationing in the Maldives.

RELATED VIDEO: Is Orlando Bloom Preparing to Propose? He’s ‘Been Talking About the Future’ with Katy Perry

“After Orlando and Katy split, they stayed in touch. It wasn’t some awful split. They were just busy with their careers and it wasn’t working,” an insider told PEOPLE in March 2018.

“In the past few months, they have spent a lot of time together. They both love traveling and are trying to share as many fun trips as possible,” the insider added at the time. “They are dating, but not necessarily putting a label on it. They are not girlfriend and boyfriend. They do seem very happy together though. Orlando always had the nicest things to say about Katy. He loves spending time with her.”

In April 2018, Perry revealed details of her relationship status on the American Idol red carpet, while shooting down Entertainment Tonight‘s questions about whether or not she’d ever date a contestant. “I have been spoken for,” adding, “and I’m very happy!”

Later in April, Perry visited the Vatican to meet the Pope with her mother — and Bloom! — and PEOPLE confirmed the pair were once again dating exclusively.

They’re Engaged! A Look Back at Katy Perry and Orlando Bloom’s Cutest Photos Together

In May 2018, Perry finally confirmed she and Bloom had rekindled their romance on the American Idol finale, when she said: “I’m not single.”

Both Perry and Bloom enjoyed a busy summer, as she wrapped her international Witness Tour while he filmed upcoming projects in Europe.

Then, in September 2018, the pair reached another relationship milestone when they made their red carpet debut, posing for photos together at the Gala for the Global Ocean at the Opera of Monte-Carlo in Monaco.

The red carpet debut came after a Bloom insider told PEOPLE things seems to be getting more serious between the couple.

“Orlando is doing well. He is still very happy with Katy. This has been an amazing year for their relationship. It was like they needed to split and get back together again to get to this point. Orlando is very excited about his life with Katy,” the insider said. “It definitely seems like they could have a future together.” 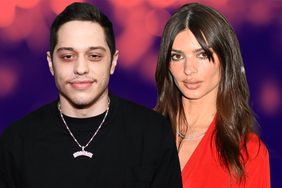