Donda is named after the Grammy winner's late mother Donda West, who died at the age of 58 following plastic surgery complications in 2007

On Sunday, the 44-year-old rapper dropped his tenth studio album on streaming services after a weeks-long delay. West initially planned to drop the LP in late July, before it was pushed back numerous times. These delays themselves came after an initial planned release for summer 2020.

West first announced Donda last summer and was scheduled to release the album following a first listening event that took place on July 22 at the Mercedes Benz Stadium in Atlanta. There, the album featured a surprise collaboration with JAY-Z — the rappers' first time on a track together since teaming up for Drake's 2016 hit "Pop Style" — though the musician later postponed the album drop.

For more on Kanye West's new album Donda and other top stories, listen below to our daily podcast PEOPLE Every Day.

After the first listening event, West shared a photo on Instagram of a room that appeared to be inside the Mercedes-Benz Stadium, where he was reportedly staying while he completed his album. The photograph showed off a small and undecorated room.

West later hosted a second listening party at the same venue in early August, though he did not release the album once again. Like the first event, the rapper was joined by his estranged wife, Kim Kardashian, as well as the pair's four children: daughters North, 8, and Chicago, 3, plus sons Saint, 5½, and Psalm, 2.

The "Stronger" rapper then held a third listening event at Chicago's Soldier Field earlier this week, where he stood before a recreation of his childhood home and brought out some controversial guests, including DaBaby and Marilyn Manson. Kardashian, 40, also appeared to recreate their 2014 wedding onstage (Donda track "Lord I Need You" directly mentions the reality star by name).

West faced immediate backlash after Thursday's listening party for bringing out Manson, 52 — who is facing four sexual abuse lawsuits and has been accused by more than 15 women of sexual assault, allegations which he has denied.

Similarly, fans were also upset that West brought out DaBaby, 29, who made misinformed comments about the LGBTQ community and HIV during a concert set last month.

Their song "Jail pt 2" was originally unplayable despite being listed on Spotify, but it has since been cleared. According to Variety, this happens when a track "has not been cleared legally for play by the streaming service due to a copyright conflict or some similar complication."

In a text message with his manager, Abou "Bu" Thiam, which was shared in an Instagram post, West explained why he decided to include DaBaby on one of Donda's tracks and have him appear at the listening party event.

"He was the only person who said he would vote for me in public," West replied — referencing his failed run for President of the United States — after Thiam said that DaBaby's manager would not clear their song together.

West then posted another text message thread, seemingly between himself and DaBaby, where the "ROCKSTAR" rapper said that he didn't know his manager wasn't clearing him to be featured on Donda. DaBaby's manager has denied these claims.

"They tried to stop you from coming in. The people next to you trying to destroy you. But God gotta bigger plan," West responded as DaBaby replied back, "A plan that can't be stopped!!"

West later placed the blame for the miscommunication on his label. "Universal put my album out without my approval and they blocked Jail 2 from being on the album," he wrote Sunday afternoon.

During the election last November, West conceded his defeat after receiving 60,000 votes across a dozen states. He also alluded to a potential 2024 campaign despite his initial presidential run being met with doubt, speculation, and concern.

The LP also marks West's first album since his ex, Kardashian, filed for divorce in February after more than six years of marriage. The Keeping Up with the Kardashians alum moved forward with divorce proceedings following a challenging period in the pair's relationship last year. 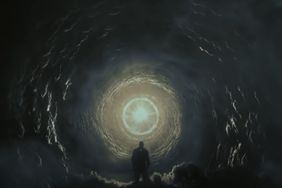 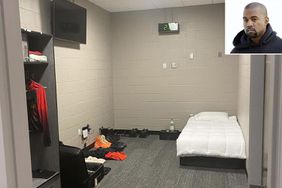