On Monday night, West and Fox were spotted out together having a dinner date night at Craig's in Los Angeles, following their date night in New York City last week.

West, 44, and the "Uncut Gems" actress, 31, sported casual gray ensembles. The couple was joined for dinner by former NFL player Antonio Brown, who made news earlier this month when he was released by the Tampa Bay Buccaneers following a mid-game meltdown.

A source close to both West and ex Kim Kardashian tells PEOPLE that though he is dating Fox, "he's still telling people that he wants to have Kim back and he is willing to make appropriate changes to do so."

RELATED: Kanye West Attends Broadway's Slave Play with Julia Fox: 'He Was Excited She Was There,' Says Source

The source adds that West "has no plans at this time to start a long-term relationship."

A rep for the rapper did not respond to request for comment.

West, who released the music video to his track "Heaven and Hell" off of his most recent album Donda on Tuesday, confirmed his relationship with Fox last week. Both stars shared their romance with the world with PDA-heavy photos published in Interview.

In addition to the photos, Fox also provided a recap of their whirlwind romance.

"I met Ye in Miami on New Year's Eve and it was an instant connection," she wrote for the publication. "His energy is so fun to be around. He had me and my friends laughing, dancing, and smiling all night."

"We decided to keep the energy going and fly back to New York City to see Slave Play," she wrote while sharing she was impressed with "Ye's" punctuality, before documenting their lavish second date.

Not content with just having a quiet post-Broadway meal at the restaurant, West directed "an entire photoshoot" starring Fox at the eatery.

"The whole restaurant loved it and cheered us on while it was happening," the actress claimed in Interview.

For the impromptu shoot, the actress wore Miaou's thong pants with a tight Balenciaga turtleneck and coat, also by the West-favored label.

West then had a "surprise" planned.

"I'm still in shock. Ye had an entire hotel suite full of clothes. It was every girl's dream come true. It felt like a real Cinderella moment. I don't know how he did it, or how he got all of it there in time. But I was so surprised," she added. "Like, who does things like this on a second date? Or any date!"

Shortly after, a source told PEOPLE that the "Follow God" rapper sees Fox "kind of like his muse" and "he loves her smile and attitude."

Last month, a source told PEOPLE that West is still hoping that he and Kardashian, 41, can work things out — even as she takes steps to make their split legally official.

Meanwhile, Kardashian has been romantically linked to Pete Davidson since October. She and the Saturday Night Live star, 28, marked the start of 2022 with a romantic getaway to the Bahamas. 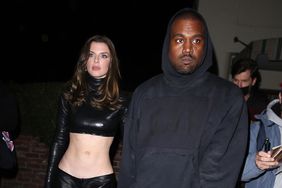 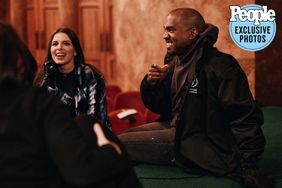 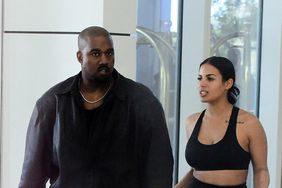 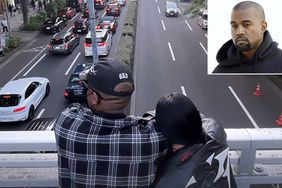 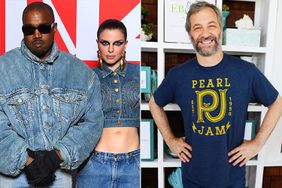