Kanye West is honoring all of those affected by the mass shooting in Dayton, Ohio, which left nine people dead and 27 injured.

On Sunday, West held a special performance of his Sunday Service at RiverScape MetroPark, which was not announced until the morning of.

“In support of the victims and survivors of the Dayton mass shooting,” Kim Kardashian West tweeted on Sunday morning, alongside a link where fans could watch a live stream of the performance.

The Keeping Up with the Kardashians star, 38, accompanied her husband to the show, bringing along the couple’s eldest children: daughter North, 6, and son Saint, 3½.

At one point during the live stream, West could be seen smiling along with his daughter while Saint stood by his mother.

The special performance was also attended by some of those who had been affected by the shooting.

Towards the end of the ceremony, West’s friend Dave Chappelle, who had previously announced he would be hosting a benefit concert in Dayton on Sunday, addressed the crowd with a rousing speech.

“Dayton, today the whole world is looking at you,” Chpapelle said, adding that even though the town had “been through a tough time,” they were still standing.

“We’re still strong and the only way — the best way, that we can honor our fallen is by getting up better than we were before,” he continued. “We will not let those people die in vain.”

The comedian, 46, went on to thank his longtime friend West for putting the special performance together.

“Thank you very much Kanye for coming out here man,” Chappelle said.

Police said the horrific shooting, which occurred on Aug. 4, began at 1:05 a.m. and lasted about 30 seconds before the gunman was shot dead by police.

One of the victims killed in the attack was the shooter’s sister, 22-year-old Megan Betts.

Police arrested a 21-year-old male suspect in El Paso and authorities are investigating the shooting as a hate crime after learning the suspect apparently wrote a manifesto with white nationalist themes, a source familiar with the investigation previously told PEOPLE 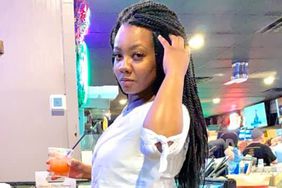