Days after announcing his unlikely presidential bid on Twitter, Kanye West has spoken out about everything from his political views to his condemnation of Black History Month and the novel coronavirus pandemic.

In a new interview with Forbes, which the magazine described as occurring over "four rambling hours" on Tuesday, the rapper, 43, claimed he definitely plans on running for president in 2020 with the campaign slogan "YES!" and with running mate Michelle Tidball, a self-described "biblical life coach" from Wyoming, despite significant hurdles to getting his name on the ballot this late in the election season.

West — who said he registered to vote for the first time on Monday — also has not yet registered with the Federal Election Commission to launch a run for president, according to the government agency's database.

To get to the White House, West said he plans to run not as a Republican or a Democrat, but as a member of his new political party called the "Birthday Party" because "when we win, it’s everybody’s birthday." His only advisors right now are the two people who endorsed him following his July 4 Twitter declaration about his bid: his wife Kim Kardashian-West and Elon Musk.

"When I'm president, let's also have some fun," West said, brushing over some of the nation's most nettlesome social issues. "Let’s get past all the racism conversation, let's empower people with 40 acres and a mule, let's give some land, that's the plan.”

West's comments have drawn widespread controversy and condemnation online. In 2018 West opened up about being diagnosed with bipolar disorder and abusing opioids, nearly two years after suffering a nervous breakdown that saw him hospitalized for more than a week. The rapper addresses his mental health in the interview, telling Forbes, "You know I was out there, ended up in the hospital, people were calling me crazy. I'm not crazy."

Here are the most controversial claims West made in his latest interview.

(People's editors have made the decision not to republish the entirety of Kanye West's interview due to dangerous health claims that contradict recommendations by the WHO and CDC.)

He wants to model the White House after Wakanda

West said his "design group in the White House" is going to "use the framework of Wakanda," the fictional African nation in Marvel's 2018 film Black Panther.

"This is not going to be some Nipsey Hussle being murdered, they're doing a documentary, we have so many soldiers that die for our freedom, our freedom of information, that there is a cure for AIDS out there, there is going to be a mix of big pharma and holistic."

He says he had COVID-19 after longtime rival Drake

West said he contracted COVID-19 in February and claimed it was after Drake, whom he has long had a complicated relationship with, had it. (In March, Drake said he tested negative for COVID-19.)

"I remember someone had told me Drake had the coronavirus and my response was Drake can't be sicker than me!" he said, adding that his experience with the virus included "chills, shaking in the bed, taking hot showers, looking at videos telling me what I'm supposed to do to get over it."

He thinks Planned Parenthoods were placed in cities by "white supremacists"

In addition to saying that he's "pro-life" because he's "following the word of the bible," West — who shares daughters North, 7, and Chicago, 2, and sons Saint, 4, and Psalm, 14 months, with Kardashian-West, 39 — said that "Planned Parenthoods have been placed inside cities by white supremacists to do the Devil's work."

Though West has been a vocal supporter of Trump since 2016, he said he is "taking the red hat off," referencing Trump's Make America Great Again hat.

"One of the main reasons I wore the red hat [was] as a protest to the segregation of votes in the Black community," he said. "Also, other than the fact that I like Trump hotels and the saxophones in the lobby.”

After facing heavy criticism for embracing Trump, 74, in recent years, he now says he himself has lost confidence in the president.

"It looks like one big mess to me," West said. "I don't like that I caught wind that he hid in the bunker." (During racial-justice demonstrations near the White House at the end of May, the Secret Service briefly rushed Trump to an underground White House security bunker; he later claimed he went there for an "inspection.")

During the interview, though, West also said that Trump "may be a part of my way" and that he is "the closest president we've had in years to allowing God to still be part of the conversation."

West went on to further criticize Biden, 77, for saying "you ain't black" if he doesn't get your vote. (Biden soon apologized, saying he was "too cavalier" and felt he'd earned Black support.)

"We act like we didn't hear that man say that?" West said. "That man said that. It's a rap. We gonna walk, all the people. Jay-Z said it best. For the other candidates, I just gracefully suggest y'all bow out — Trump and Biden, gracefully bow out. It's God’s country, we are doing everything in service to God, nobody but God no more. I am in service of our Lord and savior, Jesus Christ, and I put everything I get on the line to serve God.”

He has thoughts on praying in school

West said he wants to "reinstate in God's state, in God's country, the fear and love of God in all schools and organizations."

He doesn't agree with the arrest of Alex Kueng, one of the four former officers accused of crimes in the killing of George Floyd

West said ending "police brutality" is one of his "to-do lists" and that "police are people too." He also said he wants to "end laws that don't make sense."

"Like, in the George Floyd case, there was a Black guy that went to jail and it was his first day on the force," he said of Alex Kueng, a rookie cop who was one of the four former officers accused of crimes in the killing of George Floyd. "So if it's your first day on the force and it's your training day, and this OG accredited cop with 18 violations already starts filing out, are you going to jump in front of that person and lose your job that same day?"

"Especially in this climate when 40,000 people lost their jobs?" he added. "This man was put in a position where — and also he probably didn't realize that the cop was going to take it that far, he probably was so scared, in shock, paralyzed, like so many Black people. I'm one of the few Black people that would speak openly like this."

He doesn't have a plan for foreign policy or taxes

Though the election is drawing near, West said he doesn't yet have a plan for foreign policy or taxes if he were to be elected president.

Of his foreign policy plan, he said, "I haven't developed it yet. I'm focused on protecting America, first, with our great military. Let's focus on ourselves first."

He also said he doesn't use the word "policy" for how he would approach things because he didn't have a "policy" when he created his fashion line, Yeezy.

"It wasn't a policy, it was a design," he said. "We need to innovate the design to be able to free the mind at this time.”

When it comes to taxes, he said he hasn't done "enough research on that yet."

"I will research that with the strongest experts that serve God and come back with the best solution," he said. "And that will be my answer for anything that I haven't researched. I have the earplug in and I'm going to use that earplug.”

West admitted that he doesn't "have all the pieces in the puzzle" and that, in terms of the election, he's "not running" but "walking."

"I'm not running, we the people are walking," he said. "We're not running anymore, we're not running, we're not excited — we are energized, Someone can say, 'Hey, I got a brand new car for you, it's across the street and you get so excited you run across the street and get hit by a car trying to run to your new car. That's how they control the Black community, through emotions, they get us excited, we're so excited, but then for 400 years the change doesn't truly happen." 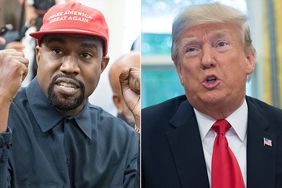 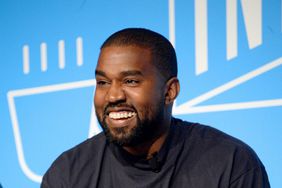 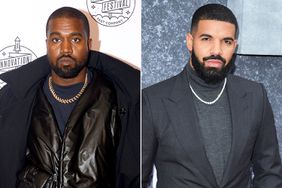 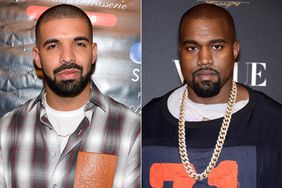