"Seven years ago today I was arrested, not my finest hour," Justin Bieber wrote

Justin Bieber is looking back on a difficult time in his past.

"Seven years ago today I was arrested, not my finest hour," the pop star, 26, wrote on social media Saturday, referencing his 2014 DUI arrest.

"Not proud of where I was at in my life. I was hurting, unhappy, confused, angry, mislead, misunderstood and angry at god," he wrote, before poking fun of the outfit he chose to wear at the time. "I also wore too much leather for someone in Miami."

The singer settled the case later that year, pleading guilty to misdemeanor careless driving and resisting arrest. At the time, he also agreed to make a $50,000 donation to a youth charity and take an anger management course.

On Saturday, Bieber expressed gratitude for how much has changed in his life since then.

"All this to say God has brought me a long way. From then til now I do realize something.. God was as close to me then as he is right now," he wrote. "My encouragement to you is to 'let your past be a reminder of how far God has brought you."

"Don't allow shame to ruin your 'today' let the forgiveness of Jesus take over and watch your life blossom into all that God has designed you to be," Bieber added. "LOVE YOU GUYS WITH MY WHOLE HEART."

Bieber has spoken candidly over the years about the negative effect his early fame had on his life.

"I went from a 13-year-old boy from a small town to being praised left and right by the world, with millions saying how much they loved me and how great I was," he wrote in a lengthy 2019 social media post. "You hear these things enough as a young boy and you actually start believing it."

In that same post, Bieber shared that the unmanageable "ups and downs" from being an entertainer caused him to start relying on "heavy drugs" by the time he was 19, the age he was at the time of his 2014 arrest.

"By 20, I made every bad decision you could have thought of and went from one of the most loved and adored people in the world to the most ridiculed, judged, and hated person in the world," he wrote.

Justin Bieber Reflects on His 'Turbulent' Years with Addiction: 'People Don't Know How Scary It Got

Bieber has also been open about his battle with depression.

In one episode of his Facebook Watch series with wife Hailey Baldwin — which was released last year — the couple had a candid conversation about the singer's struggles with mental health, for which he sought treatment in 2019.

"Having help doesn't mean you're weak it just means like, you know you care about yourself and you care about those around you and you wanna be a healthy individual," he said.

"And also, you gotta be the healthiest version of yourself too and you gotta strive to wanna be that, especially in a partnership and in a relationship," added Baldwin. "When you're in a relationship, that person isn't ... it's not up to them to save you, it's not their job to fix you. You gotta want to do that on your own and you gotta wanna constantly be becoming the best version of yourself so the two of you can keep getting better."

Bieber also expressed his gratefulness to Baldwin for her continuous support. "I gotta say, when you tell me that you're proud of me it means more than anybody else," he said. 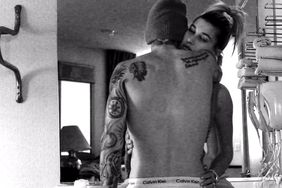 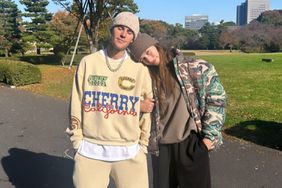 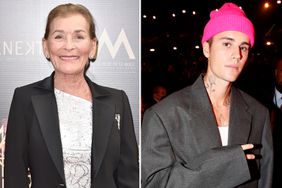