The singer got in some me-time on Thursday, just days after PEOPLE confirmed that he was seeking professional help for his mental health

Justin Bieber is spending some time alone on this Valentine’s Day.

Following the news that he was receiving treatment for depression, the “Sorry” singer stepped out on Thursday to shoot some hoops in New York City.

Bieber, 24, bundled up for the chilly weather in a bright blue sweatshirt, black sweatpants, a green beanie and a pair of Yeezy sneakers, as he played basketball by himself on the snowy court.

While the singer was staying active in the cold, his new wife Hailey Baldwin was out getting some holiday treats to bring home to her man.

“Happy Valentine’s Day, I’m bringin home the goods,” she wrote on her Instagram Stories alongside a boomerang video of her opening a box of festive Tim Horton donuts.

Baldwin, 22, also put up a sweet Valentine’s Day post in honor of her husband, which featured a black-and-white shot of the pair kissing.

“I get to be his valentine forevaaa evaaa???? 😻😻” she lovingly captioned the post.

On Tuesday, sources close to the singer confirmed to PEOPLE that Bieber was going through a bit of a rough patch right now, but was getting the help he needs.

“Justin seems down and tired. He has been struggling a bit,” a source said, adding that the pop star’s difficulties were not related to his recent marriage.

“It has nothing to do with Hailey — he is very happy being married to her. It’s just something else that he struggles with mentally,” the source continued. “He has good help around him and is receiving some treatment. He seems confident he will feel better soon.”

Another source who has spent time with Bieber over the years told PEOPLE that the singer is “emotional and struggles a lot with the idea of fame.”

“He started off as a typical sweet, Canadian teen. He was such a great kid, honestly super sweet and very polite and nice to everyone around him. Having this huge amount of fame completely changed him,” the source said. “He had access to anything and everything and was surrounded by people who just said ‘Yes.'”

“He’s emotional and struggles a lot with the idea of fame — being followed, having his every move stalked by fans, cameras in his face. It all sets him off and he often feels like everyone is out to get him,” the source added.

In a recent interview for Vogue‘s March cover with his new wife, Bieber opened up about how becoming so famous at such a young age affected his mental health.

“I started really feeling myself too much. ‘People love me, I’m the s—,’ that’s honestly what I thought. I got very arrogant and cocky. I was wearing sunglasses inside,” he told the outlet as Baldwin emphasized, “At night inside.”

Justin Bieber Had a ‘Legitimate Problem’ with Xanax and Sex While ‘Depressed’: ‘It Got Dark’

Drugs, including Xanax — and “a legitimate problem with sex” — came with making millions at 20 years old, Bieber admitted. Naturally, these struggles bled into his career. In 2017, he canceled his Purpose world tour with 14 shows left amid rumors about his mental health.

Since coming to terms with his past struggles, Baldwin has been a source of support for Bieber.

“He is very much grateful for his amazing life and especially for Hailey,” an insider previously told PEOPLE. “It’s difficult for him that he can’t just enjoy everything and feel happy. He has been in treatment for this before.”

The pair, who quietly wed in a clandestine civil ceremony in New York City on Sept. 13, even pushed off their religious wedding ceremony as Bieber works on himself, an initiative that Baldwin fully supports.

“Justin is doing okay. He is very focused and committed to getting help. Hailey is very supportive — Justin is very open about that Hailey does nothing but help him,” a source told PEOPLE. “He would feel even more lost without Hailey — he is very grateful. They are both focused on having a happy marriage.”

“He wants to be the best possible husband for Hailey,” another source previously added. “It’s one thing to have your issues when you’re single, but when you’re married, there’s two people’s happiness at stake. He’s working on himself so that he can be a good partner to her.” 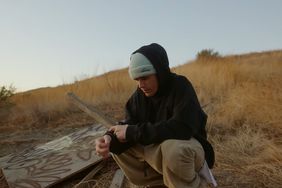 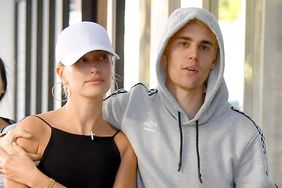