Justin Bieber 'Definitely Not Finished' with Selena Gomez Despite Baskin Champion Sleeping Over at His House: Source

After taking a break from his ex-girlfriend, the “Sorry” singer, 24, has been spending time with Baskin Champion, who is the sister of his close friend Patrick Schwarzenegger‘s girlfriend Abby Champion.

The duo — who have been spotted hanging out previously — were photographed leaving a Craig David concert earlier this week.

While a source tells PEOPLE Champion spent the night at the entertainer’s house on Tuesday night (along with other friends), a Bieber pal says Gomez, 25, is still on his mind.

“He isn’t dating. He thinks and talks about Selena all the time,” says the friend. “The chapter with her is definitely not finished.”

Earlier this month, an insider confirmed the exes — who first dated in 2010 and reunited last fall after Gomez’s split from The Weeknd — hit pause on their reconciliation.

“They weren’t getting along and decided to take a break,” said the insider. “It doesn’t seem like a big deal and they will probably be fine again soon.”

Gomez has been spending time with her best friends in Sydney, Australia this week and hit back at body shamers after sporting a bikini for the first time since her kidney transplant surgery last summer.

“She’s just trying to enjoy herself and is spending quality time with her friends,” a source close to Gomez told PEOPLE on Wednesday. “She’s happy and healthy and isn’t focusing on the negativity.” 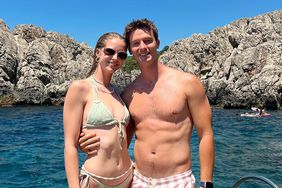