After their fairy-tale second wedding, Justin Bieber and Hailey Baldwin are forgoing an immediate honeymoon.

“For Justin and Hailey, every day is like a honeymoon,” says a source close to the couple. “They have time to enjoy each other’s company daily. They don’t have a honeymoon trip planned at the moment, and they are both fine with it.”

After releasing his new song with Dan + Shay, Bieber continues to be “very focused on his music,” adds the source. “He enjoys working on his new album and wants to continue creating while he is in this mood.”

More than a year after secretly getting married at an N.Y.C. courthouse, Justin Bieber, 25, and Baldwin, 22, threw a lavish traditional wedding reception at the Montage Palmetto Bluff in South Carolina on Sept. 30.

The couple selected the Montage as their wedding venue since it’s “long been like a second home to Justin,” an insider told PEOPLE, referring to the Montage location in Laguna Beach, California, where Bieber has spent time. 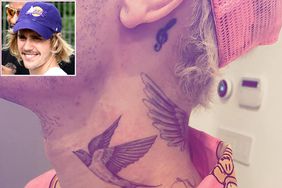