Justin Bieber and Hailey Baldwin are making the most of the holiday week.

The pair was spotted catching some rays in the Hamptons on Tuesday ahead of July 4th, hitting the beach with Starbucks in hand as they hung out on blue and white striped beach towels.

Baldwin, 21, flaunted her bikini body in a black bathing suit top and a patterned sarong, tying her hair back into a bun. Meanwhile, the 24-year-old singer kept things casual in a white tank top and black athletic shorts.

Despite their relaxing beach day, the pair’s Hamptons vacation hasn’t been all smooth. Bieber and Baldwin were left stranded when the fancy Mercedes-Benz SLS AMG they were driving broke down in the middle of an intersection on Monday. Police were called to manage traffic until a mechanic could remove the car. The two looked stressed out with Baldwin holding her head in her hands as Bieber had his arms crossed.

In the past few weeks since reigniting their romance, Bieber and Baldwin have been packing on the PDA all over the Big Apple. Last weekend, they were seen locking lips during a stroll through a local Brooklyn garden after grabbing lunch at DUMBO House, according to an onlooker. The singer was also pictured giving Baldwin a sweet smooch on the forehead.

Last month, the two were spotted passionately kissing in Brooklyn’s Domino Park in a video obtained by TMZ. Leaning against a handrail next to New York City’s East River, the duo wrapped their arms around each other in front of parkgoers.

The stars continued their PDA spree in Manhattan later that night, kissing in Rockefeller Park as the model sat on Bieber’s lap, according to another photo posted by the outlet.

They’ve even taken their relationship to the West Coast, spotted attending a church service in the town of Kirkland, Washington, before hitting up a hot tub together.

“Right now, Justin is very happy with Hailey,” a source previously told PEOPLE. “They have been traveling together between the East coast and L.A. now for the past couple of weeks.”

But the source added that while their relationship is “good” right now, that doesn’t mean things have gotten serious between them.

“He always had a lot of love for her. But there was a reason for their split too,” the insider added. “They are usually good for a while and then they are not. They do look serious now, but they are both young and passionate. It’s nothing to read into seriously. There are no wedding bells ringing.”

Bieber and Baldwin previously dated before they split in 2016. After calling it quits, “we went through a long period of time when we weren’t friends,” Baldwin recently told U.K. newspaper The Times. 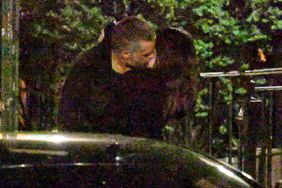