A judge in Spain has ruled that singer and songwriter Julio Iglesias is the biological father of a 43-year-old man named Javier Sánchez-Santos.

According to the Associated Press, the judge’s ruling, which was issued on Wednesday, said that “there existed contacts and a relationship between the mother of [Sánchez-Santos and Iglesias] near the date of conception.”

CNN reported that the judge also noted a “very obvious physical resemblance” between Iglesias and Sánchez-Santos, even though the singer refused to submit to a DNA test.

The AP reports that Sánchez-Santos said his mother, María Edite Santos, gave birth to him nine months after she met Iglesias, now 75, at a party in 1975.

Iglesias and Santos’ contact in 1975 “make[s] it not unlikely or unreasonable the possibility that sexual relations existed between them,” the ruling read, according to CNN.

A rep for Iglesias did not immediately respond to PEOPLE’s request for comment, but the AP reports that Iglesias’ lawyers have said they will appeal the ruling.

According to the Irish Times, Santos, a former ballerina, said she had a one-week affair with Iglesias in 1975. The judge said she provided “very specific data on the property, location and interior layout of the villa” where Iglesias was staying at the time of the alleged affair, according to CNN.

Santos’ case had previously been dismissed in 1992, but after a detective found a water bottle that Iglesias’ son Julio Iglesias, Jr. was drinking out of, a lawyer used the DNA evidence as cause for the case to be reopened. However, the judge did not ultimately admit the water bottle as evidence, the Times reported.

The Grammy-winner, who is the father of pop star Enrique Iglesias, has sold over 250 million records worldwide, including Un hombre solo, Momentos and La carretera.

The court did not rule on whether Iglesias will have to provide financial compensation to Sánchez-Santos; that amount would be determined in a separate trial, according to the AP. 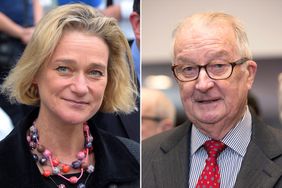