But the late musician's son, 59, changed his tune once he saw his dad starring alongside McCartney, 80, at the U.K.'s Glastonbury Festival in June.

"I actually enjoyed it," Lennon, who attended the festival, told The Daily Mail Wednesday.

Yet it was by no means easy. The singer-songwriter admitted that it was initially hard to watch his father being "brought to life" to sing with McCartney more than four decades after he was shot dead in New York City on December 8, 1980. To prepare he first watched the performance online as a test.

"I watched it on YouTube — and I kind of went: 'Errrr... I don't know if I'm comfortable with that.' It shocked me," Lennon told the newspaper.

McCartney debuted the historic duet, which is partly the handiwork of Lord of the Rings director Peter Jackson, at the first U.S. stop of his world tour in April, per the outlet.

He continued, "In fact, we taught the computer what John sounds like and what Paul sounds like."

It is likely the same technology Jackson used in his documentary The Beatles: Get Back, according to the newspaper.

That project drew on 56 hours of never-before-seen Beatles footage and 150 hours of previously unheard audio, Jackson said of the project in a sneak peek in 2020.

Earlier this year, Julian spoke out about legally changing his name from John Charles Julian Lennon to Julian Charles John Lennon, and honoring his parents, John Lennon and Cynthia Powell.

"I want to respect the legacy and the wishes of my parents, but all I did was switch the 'John' and 'Julian' so I'm Julian Charles John Lennon," he said on the podcast, Word in Your Ear. "It's as simple as that, but for me, it's a whole other world, it really is. Not that I'm ashamed or have disrespect. I needed to be me. I needed to finally be heard as Julian. This is what Julian does, not 'John's son,' so that has been a part of the path and... it just made sense for me."

In April, Julian performed John's signature 1971 hit "Imagine" for the first time ever at Global Citizen's televised Stand Up for Ukraine benefit concert, which raised over $10 billion to help refugees. "Why now, after all these years? — I had always said, that the only time I would ever consider singing 'IMAGINE' would be if it was the 'End of the World,'" he wrote in the clip's YouTube description.

Julian added that the positive reception toward the performance had also altered his feelings about being viewed as the son of a Beatle.

"I feel, probably for the first time ever, that I can walk around not being afraid with my head held high," he shared during an interview with the iHeartRadio podcast Inside the Studio, recalling awkward stories of being recognized.

"You know, on the road in the older days, we'd stop at a diner and they just put Beatles songs on to see if I reacted to see if it was me," he added. 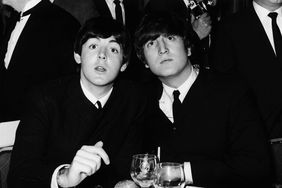 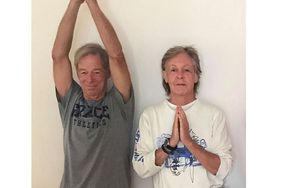 Paul McCartney Pays Tribute to Late Wife Linda's Brother After His Death: 'He Was Unbeatable' 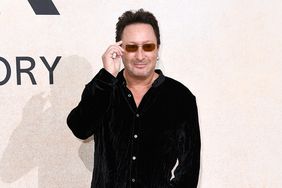 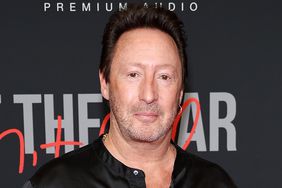 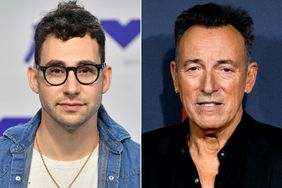