Juice WRLD‘s family has broken their silence following his tragic death over the weekend.

The rapper’s mother, Carmella Wallace, gave a statement to TMZ on Thursday, explaining that her son — whose real name was Jarad Anthony Higgins — battled with a drug addiction, and that the family was learning to cope with the loss.

“We loved Jarad with all of our hearts and cannot believe our time with him has been cut short. As he often addressed in his music and to his fans, Jarad battled with prescription drug dependency,” the mother said in a statement.

She added, “Addiction knows no boundaries and its impact goes way beyond the person fighting it. Jarad was a son, brother, grandson, friend and so much more to so many people who wanted more than anything to see him defeat addiction.”

Juice WRLD often rapped about drug use in his songs, which his mother explained was in an effort to help others battling with addiction by letting them know they are not alone.

“We hope the conversations he started in his music and his legacy will help others win their battles as that is what he wanted more than anything,” Wallace said. “We know that Jarad’s legacy of love, joy and emotional honesty will live on.”

Juice WRLD died on Sunday shortly after having a seizure at Chicago’s Midway Airport, according to a report from TMZ. He celebrated his 21st birthday last week. Multiple outlets — including TMZ, the Chicago Tribune and the Chicago Sun Times — report that FBI agents were confiscating drugs and guns from Higgins’ private jet when the rapper began to seize.

According to the Chicago Tribune, Chicago police were notified that federal agents suspected the plane was carrying “weapons and narcotics” while it was still en route to Midway. TMZ reports that the plane’s pilot was the one to alert authorities that there were guns on board the flight, which is illegal.

After the plane landed around 2 a.m. on Sunday, the 10 passengers on board — including Juice WRLD and his longtime girlfriend, Ally Lotti — were met by agents at the hangar.

A drug-sniffing dog made a “positive alert” for bags on two luggage carts, sources told the Chicago Tribune. The outlet reports that the search turned up “41 vacuum-sealed bags of marijuana, six bottles of prescription codeine cough syrup, two 9 mm pistols, a .40-caliber pistol, a high-capacity ammunition magazine and metal-piercing bullets.” TMZ similarly reports that officials confiscated 70 pounds of marijuana from several suitcases that were on board the flight, which they’ve since obtained and shared a photo of.

As agents were searching the plane, Juice WRLD started convulsing and went into cardiac arrest, the Chicago Tribune reports. When police asked Lotti if her boyfriend had any medical issues or had ingested any drugs, she reportedly replied that Higgins did not have any medical conditions, but that he “takes Percocet and has a drug problem.”

TMZ reports that at some point between the plane landing and authorities conducting their search, witnesses saw Higgins swallowing several Percocet pills in what they believed was an attempt to hide them.

According to the Chicago Tribune, an agent administered Higgins two doses of Narcan, which is an emergency treatment used when opioid overdose is suspected. He then “woke up but was incoherent” as paramedics transported him to Advocate Christ Medical Center in Oak Lawn, where he was pronounced dead at 3:14 a.m.

Chicago police spokesman Anthony Guglielmi previously said there were “no signs of foul play evident to officers,” adding that the individuals who were traveling with Juice WRLD have been cooperating with police.

The Cook County Medical Examiner’s Office said they will release a statement regarding Higgins’ cause of death when they’ve completed the additional studies. As of Thursday, his cause of death is still under investigation 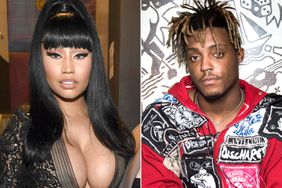 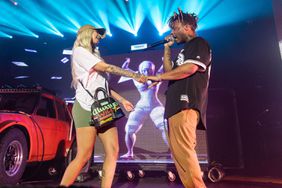 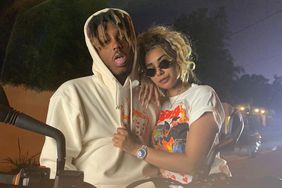 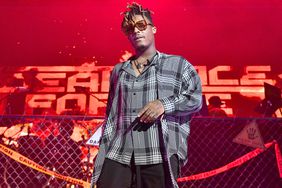 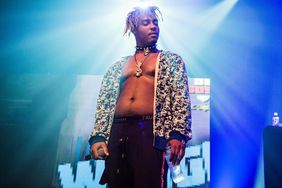 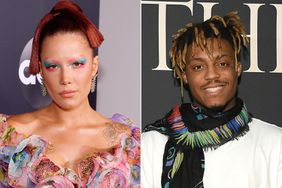 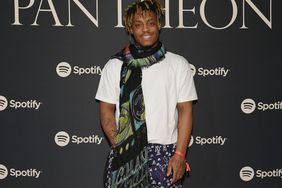