"They'll benefit from the fact they have black grandparents, and a Thai grandparent and a white grandparent," John Legend tells PEOPLE of his children Luna and Miles

John Legend is enjoying every minute of fatherhood, blending his and Chrissy Teigen’s interracial backgrounds and instilling values of self-love into their children.

Talking with PEOPLE in support of the National Day of Racial Healing, established by the W.K. Kellogg Foundation (an organization that aims to provide children and youth with equal opportunities), Legend opened up about his experience with entering an interracial relationship, merging their cultures and some of the challenges he has faced around raising their interracial children, Luna Simone, 3½, and Miles Theodore, 20 months.

“I don’t think there were a lot of issues around it. A lot of it has been a blessing,” the superstar, 41, tells PEOPLE about when he began an interracial relationship with his wife Teigen, 34.

John Legend Reflects on His Experiences with Racism: ‘They Questioned My Right to Be Where I Was’

Legend tells PEOPLE that he and Teigen’s parents have also been in on the family fun.

“They really get along,” he says. “My mother and my mother-in-law get along so well. My dad gets along well with my in-laws as well and everybody just really enjoys each other.”

“Chrissy’s dad is white, her mother is Thai, both my parents are black and from Ohio and we’ve definitely got an interesting cultural mix for my kids to kind of experience from all their grandparents and aunts and uncles but I feel like it’s gone so well. I feel like they’re accepting of each other, they love each other and we all learn from each other,” Legend adds.

The star, who who is currently reigning as PEOPLE’s Sexiest Man Alive, also says that society is becoming more accepting of interracial relationships — adding that things that were once “taboo” are now viewed more positively.

“People have been pretty loving and accepting of our relationship across all races and all types of people,” he tells PEOPLE. “Chrissy has a lot of black fans. I feel like there hasn’t been a huge backlash.”

“There’s always a little bit and I understand it because I understand the history that goes into how black women’s beauty has been devalued over the years. There’s this kind of stroke that when a black man succeeds he goes off and marries a white girl or marries someone that’s not black,” he says. “I don’t believe that’s actually true.”

“I have a lot of very successful black athlete and entertainer friends that all have married black women so I don’t believe that trope is necessarily true,” Legend tells PEOPLE. “There’s that kind of reaction among some people when they see that happen and they resent it a little bit. But I think by and large, the response has been love and people love Chrissy. They think she’s hilarious and they love how we are together and that’s been the case among pretty much everybody.”

While merging their interracial backgrounds within their relationship has been generally smooth sailing for the happy couple, Legends tells PEOPLE that he has experienced some difficulties when it comes to his children feeling represented. The singer-songwriter detailed one issue in particular surrounding the portrayal of princesses in media.

“There’s so much culture built up around princesses. Luna’s very into the whole princess thing — she’s watched Princess and the Frog, but there’s also plenty of other princesses out there and the majority of them are white or have very light skin and long hair and straighter hair than she has,” he says. “I think it’s hard to counter program and say, ‘Your hair is beautiful too.’”

Legend highlighted the work that individuals with large platforms, like Lupita Nyong’o and film director Matthew Cherry, are doing to combat the lack of representation of traditionally black features in children’s animations.

“Lupita has a great book and Matthew Cherry and all these people are doing things to address the issue of black girls and their hair and their skin color and making sure they know that they’re valued,” he says. “But they still see all the other culture out there, so they have to still deal with the fact that other messages are out there that counteract that.”

“It’s almost like you’re always fighting that battle and making sure they understand that they’re valued and they’re beautiful and their curly hair is beautiful and their skin color is beautiful,” Legend adds. “With Lupita, obviously she dealt with it being even darker-skinned and having courser hair than what Luna has, but the messages are all still there. As parents you have to make sure you take care of them and make sure they know that they’re valued for who they are. And also, make sure they know that there’s more to them than the grain of their hair or the color of their skin.”

Legend believes his children will benefit from their multicultural backgrounds, and says he believes that most people are beginning to appreciate the cultures of others.

“I don’t know what they’ll feel like when they’re 18 and 21 but it seems like we’re growing towards a culture that values the fact that people have interesting backgrounds. They’ll benefit from the fact they have black grandparents, and a Thai grandparent and a white grandparent,” he says. “It’ll be interesting for them because they’ll have a lot of different experiences they can draw from and learn from. We’re growing towards a society that respects and values it and doesn’t look down on it all.”

The superstar also has an important message to parents that he is instilling in his own children.

“That’s a component of who they are and it’s important, and it’s important for how they’re seen, but I want them to be kind, be loving, be intelligent, be good leaders,” he adds. “As they get older, I want them to realize the privileges they have in this life and know that that’s unique and they’re very fortunate to have them. Hopefully they’ll spend a lot of their energy trying to help people that don’t have those privileges.” 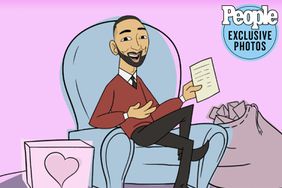 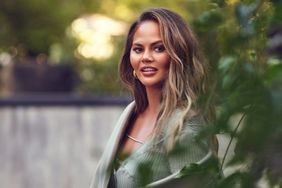 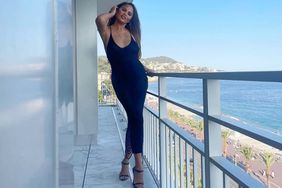 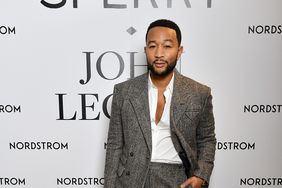 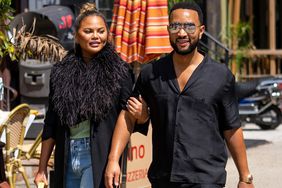 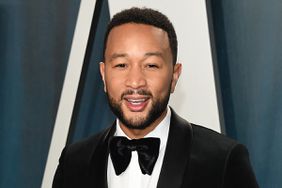 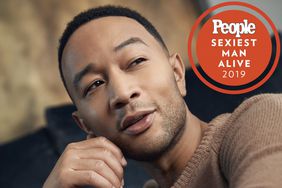 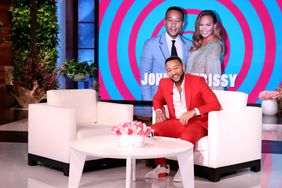