A New York City taxi driver was found guilty of stealing John Legend‘s luggage last March — and he is facing up to 7 years in jail.

The 64-year-old driver, Agustin Hilario, was convicted of criminal possession of stolen property after he took a Louis Vuitton bag belonging to Legend that contained $25,000 Cartier cufflinks from JFK airport, according to the Associated Press.

Hilario was identified on surveillance footage picking up the bag off a cart at the airport. The outlet reports Legend’s bag was returned to him, including the panther-head cufflinks that were inside.

Page Six reports the singer testified in court that the cufflinks were a gift from his pregnant wife Chrissy Teigen.

The luggage itself is worth estimated at $3,000 in addition to the cufflinks and other property inside.

The outlet reported after his arrest, Hilario told police, “I know I should not have taken it. I made a mistake.”

Hilario is facing up to seven years in prison. His sentencing is scheduled for March 12.

When the theft occurred, Legend took to social media after it was suggested the couple’s car service driver was responsible.

“We use a trusted car service and they did not rob me. Our Delta greeter made a mistake and left a bag on the cart. …The bag was taken because it was left unattended. The airport police caught the person who took it (on video) and retrieved my bag,” the singer tweeted.

Legend, 39, is set to play the title role in NBC’s upcoming Jesus Christ Superstar Live in Concert. He and Teigen, 32, share 22-month-old daughter Luna and are expecting a second child — a boy — this year.

Recently, the model spoke with Ellen DeGeneres on her daytime talk show where she revealed she and Legend were struggling to come up with a name for their son.

“Boy names are really tough,” she said, revealing her son is due in June. “I don’t even think he’ll have a middle name because we can’t even think of a first name.”

“I’ve been toying with Dick Legend a lot … Richard Legend,” Teigen said. “Everyone’s like, ‘Why don’t you do the J.J. thing, John Jr.?’ But John and his ego, he was like, ‘I don’t want him to feel like he has to live up to that.'” 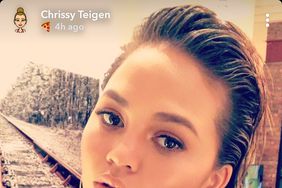 Pregnant Chrissy Teigen Treated to a Surprise Baby Shower by Her Best Friends in N.Y.C. 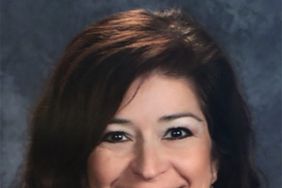