Joe Jackson Was Left Out of Son Michael's Will: 'This Is a Decision His Son Made' Says Lawyer

When Michael Jackson's will became public after his death, it was discovered that Joe was written out of the King of Pop's fortune

Through hard-nosed determination and ruthless drive, Joe Jackson molded, trained and cajoled his brood into one of the greatest show business dynasties in history. This much is undeniable, but from here the story of the Jackson patriarch, who died Wednesday of pancreatic cancer at the age of 89, begins to get fuzzy. His all-in-one role as coach, tutor, drill sergeant and manager undoubtedly left little time for softness. He famously made his children refer to him as “Joseph” or “Joe” rather than dad, and his penchant for corporal punishment cast him in popular consciousness as either a strict disciplinarian or a child abuser.

He was the latter in the eyes of his second youngest son, Michael Joseph Jackson. The King of Pop’s relationship with Joe was marred by traumas of a tough upbringing in the steel town of Gary, Indiana. In numerous interviews before his death in 2009, Michael outlined troubling childhood incidents, often through tears. In his version of their history, beatings were commonplace — punishments for minor infractions or poor performances — and his mother Katherine was powerless to intervene. “She was always the one in the background when he would lose his temper — hitting us and beating us,” Michael remembered in a series of taped interviews with Rabbi Shmuley Boteach. “I hear it now: ‘Joe, no, you are going to kill them. No! No, Joe, it’s too much,’ and he would be breaking furniture and it was terrible.”

Joe himself remained unapologetic, and even defiant about getting physical with his kids, telling Oprah Winfrey in 2010 that he didn’t regret using a strap as a method for hitting. “I’m glad I was tough, because look what I came out with,” Jackson told Piers Morgan three years later. “I came out with some kids that everybody loved all over the world. And they treated everybody right.”

During his boyhood spell in the Jackson 5 alongside his brothers, Michael recalled spending long hours in the studio, within earshot of other children playing in the park. But he was paralyzed by his father’s words: If you guys ever stop singing I will drop you like a hot potato. “You don’t say something like that to children and I never forgot it. It affects my relationship with him today,” he explained to Boteach.

Michael frequently described getting physically sick with nerves when Joe would come over, and cited his father’s teasing over his acne and his face (“God, your nose is big — you didn’t get it from me,” he recalled him saying in the 2003 documentary Living with Michael Jackson) as instilling a deep sense of physical insecurity. Yet, as he told Oprah Winfrey in 1993, “I do love him.”

But their complicated relationship continued to play out even after Michael’s death. When his will, signed in July 2002, became public seven years later, it was discovered that Joe was effectively written out of his fortune. His father was not among the names in the “Petition for Probate” list, which outlines all of the beneficiaries and fiduciaries named in the will and in the Michael Jackson Family Trust. These included trusts for his children — Paris, Prince Michael, and Prince Michael Joseph Jackson II (known at the time as “Blanket”), and his mother, Katherine, who was named as guardian of his kids. Yet Joe does not appear listed. In fact, rather than name him as a backup guardian for his children, Michael instead lists fellow Motown legend Diana Ross.

Inside Michael and Janet Jackson’s Complicated Relationship with Father Joe

There were some in the Jackson family who claimed that the 2002 will was somehow fraudulent, supposedly due to the fact that Michael was apparently in New York City the day the will was signed and dated, but according to Forbes, even if the documents were somehow falsified (which they aren’t), the court would revert to the three previous drafts of the will — none of which list Joe. His attempt to challenge the will in the wake of Michael’s death ended in failure. “Joe Jackson takes none of this estate,” Judge Mitchell Beckloff declared in 2009. “This is a decision his son made.” 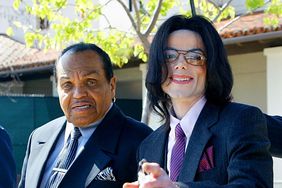 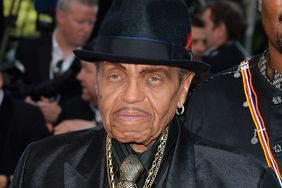 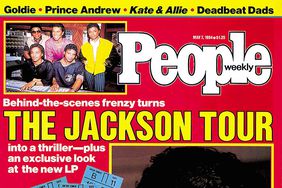 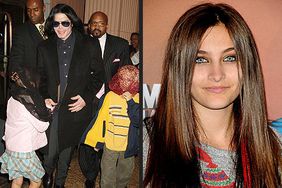 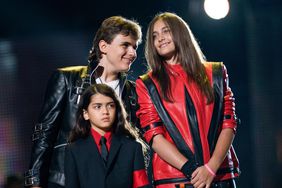 Michael Jackson's Son Blanket: How the 'Shy' Teen Is Growing More 'Confident' After a Name Change 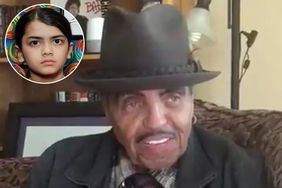 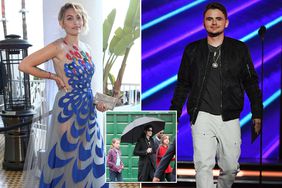