Jhené Aiko's new album Chilombo — which she wanted to have a calming, positive vibe — couldn't have come at a time when it was more needed.

Just two weeks after its release on March 6, uncertainty loomed as much of the United States was put under lockdown amid the ongoing novel coronavirus (COVID-19) pandemic, with many looking for relief.

“It made me realize my purpose in making music is not just to get over something,” Aiko tells PEOPLE in this week's issue, on newsstands Friday. “It’s to help other people heal and deal with what they’re going through.”

For a long time, though, Aiko, 32, was in need of some healing herself.

In 2013, the R&B singer's career was ignited with the release of her Big Sean and Lil Wayne collaboration “Beware.” But during that time, her joy was overshadowed by the loss of her older brother Miyagi, who was diagnosed with an inoperable brain tumor in 2010 and died in 2012 at the age of 26.

“I was in limbo,” Aiko says. “On one hand, I got to do so many things. But on the other, my brother, who I was the closest person to, wasn’t there to experience it with me. He would’ve been on tour with me. He probably would’ve been DJing my sets. Mentally, I was lost.”

The youngest of five children born to parents Karamo, a pediatrician, and Christina, a homemaker, in Los Angeles, Aiko (whose full name is Jhené Aiko Efuru Chilombo) says she dealt with her grief by avoiding her other siblings — her brother Jahi and sisters Jamila and Miyoko.

"For a long time, I didn't want to be around anyone," she says. "The more I was around my siblings, the more his absence was evident."

Often, she says, she would “drink and try to forget” what she had been through — a habit of escaping reality through substances she first developed when she was 12, the year she signed her first record deal and started recording songs with 2000s boy band B2K.

“I had a little boyfriend, and he was a little bit older than me, so he was more mature," she says. "Obviously, it wasn't a serious relationship, [but] to me it was because it was my first relationship. I was sad one day, and I took too many Tylenol PMs. I slept for a day and a half."

"Around 16 and 17, I was experimenting with different things, weed and drinking," she continues. "I'm super small, and things affect me right away. If I’m feeling sad or angry, I just want to sleep.”

Aiko snapped out of her old ways for a time when she welcomed her daughter, Namiko (with her ex-boyfriend, singer O’Ryan, 33), in 2008 at the age of 20.

When Namiko was around 2 months old, Aiko returned to music.

"I started going on GarageBand and making little songs for MySpace," she says. "At the time, I was renting a room from my friend’s mom’s house. It was this little tiny room. I'd put on something for Namiko to watch, Yo Gabba Gabba!, and then I would turn it down and I would be on my computer, singing quietly. I was so used to recording while she's asleep, that's my style now."

But after Miyagi's death, Aiko found herself slipping into depression and using substances to escape reality yet again. Eventually, she found the balm she needed in spirituality and meditation.

"I started reading more about death and what it means to live," she says. "The things I read gave me comfort. I would think of him, and instead of being sad, I would be happy and know he's not suffering anymore. I realized I still have siblings, and we are him, and he’s a part of us."

Aiko says she's a lot like Miyagi, whom she describes as her "goofy" big brother.

"He was like a big kid,” she says. “Kids and animals would automatically cling to him. He was always class clown, always making jokes, always making light of the situation. My sense of humor is a lot like his, and we would always make fun of each other."

He also influenced her musical taste.

"During the LimeWire days, he had all the newest music," she says. "We bonded over Eminem."

Right before Miyagi died, Aiko’s now-manager — whom she refers to as a "sister" — played the song she had written for him, titled "For My Brother," for the first time.

"She played that song, and he took his last breath," Aiko says. "She said he got really calm."

In order to help others heal, Aiko incorporated sound healing bowls made of crystals, gems and other elements on each track of Chilombo.

"I think we all have some form of anxiety, depression," she says. "I was never clinically diagnosed, but I definitely have been through some things. When I was younger, I would escape with alcohol or a substance, and obviously those things have terrible side effects. When I got the Tibetan bowls, I would use them when I felt frustrated, and it would just take my mind off of it. What I realized in studying is that the actual tones were vibrating throughout my body and actually helping me. So now, if I have a headache, if I have a stomachache, anything like that, I'll open up my books and I'll see which of these bowls is good for this part of my body, and I'll play those bowls."

"I'm definitely taking the natural approach to healing nowadays," adds Aiko, who wants to "focus on manifesting the good things” in life now. "I feel like I'm in my purpose. It can only get better from here."

For more from Jhené Aiko and her life after loss, pick up the latest issue of PEOPLE, on newsstands Friday. 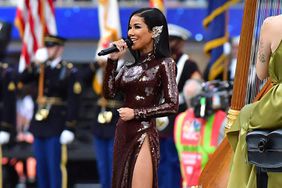 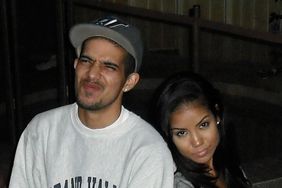