Jessie Reyez on Setting Beauty Standards and Harnessing Her Power: 'I Get Stronger Every Day'

"Beauty doesn't have a definition and can come in all shapes and sizes," the "No Sweat" singer says

Jessie Reyez is doing it her own way.

The Grammy-nominated singer, 29, has always resisted pressure to fit into "cookie-cutter" expectations of femininity. Her song "No Sweat," which she wrote for Secret's Raise It Up campaign, is a celebration of that individualistic spirit and having the freedom to carve out her own identity.

"I often heard, 'Little girls are supposed to be in pink' and 'Little girls are supposed to be groomed,' because my hair was in the perennial ponytail and I was always wearing my brother's clothes," Reyez tells PEOPLE. "But it was cool [with my family]. I remember being mistaken for a boy and my dad not feeling a way about it. It was just like, 'Whatever — however Jess wants to go is going to be fine.'"

"My mom helped me feel more like myself at a young age and be impermeable to other people's influences and rules about what I should be dressing like," she adds. "If I wanted to dye my hair, if I wanted to cut up curtains and make a dress, she was always okay with it as long as I was healthy."

Reyez says lending her feminist anthem to Secret was a way to align herself with a brand that shares her dedication to "championing and empowering women."

"I mean, s---, you can turn on the TV, you can literally go on Instagram, you can look at any sort of media and a lot of it is inundated by this beauty standard that's so distanced from what the norm is. Look at how it's affecting young girls," she says. "It's imperative to highlight and celebrate those people, artists and brands that make an effort to go the other way, to go uphill, to show that beauty doesn't really have a definition and can come in all shapes and sizes."

Like much of her music, "No Sweat" also pays tribute to Reyez's pursuit of inner strength. "In my music I try to speak my truth, and my truth is I get stronger every day. I try to heal, I try to make sure I'm always grounded," Reyez says. After her tour with Billie Eilish was postponed in March 2020, she took advantage of having time to prioritize that "self-analysis" and "growth."

Meditation and therapy nurtured a perspective that's helped Reyez cope as she deals with an alleged stalker.

"It's a lot easier to deal with life when you kind of choose to go with the waves. Obviously, I'm not saying to forever give people the benefit of the doubt, but at the end of the day in this particular situation for me, someone has a mental issue. The power that I've been able to harbor within myself comes from understanding that so that there's less fear," she says of dealing with the stalker. "It was difficult, but such is life — it's highs and lows and you gotta get to the understanding. I'm happy I was able to get there but it wasn't easy."

"Being healthy internally, working out and feeling like I am strong enough to defend myself really helped strengthen me as well," she adds.

The Before Love Came to Kill Us songstress has also been contending with keyboard warriors who target the "unpolished" social media presence she's using to stay connected with fans over quarantine. Luckily, her "knee-jerk" reaction to virtual vitriol can actually "brighten" her day.

"I feel like you can engage as long as it's genuinely making you laugh," she says of getting in the ring with Twitter trolls. "If you're letting some stranger ruin your day and make you look at notifications or feel offended just because someone else wanted to put a few words together, that's when you need to reassess the grip that social media has on you. But if it's making you laugh when you're arguing with people, I think it's dope." 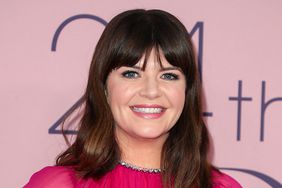 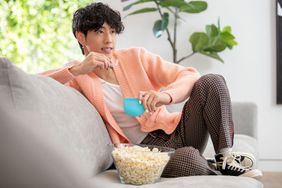