"I constantly worried that I wasn't smart enough for him," Jessica Simpson writes in Open Book

In her upcoming memoir Open Book, Jessica Simpson writes candidly about what she learned about herself from her relationships, including her romance with musician John Mayer.

They met in early 2005 at a Grammy party thrown by Clive Davis. The guitarist told her how much he admired a song she wrote called “With You,” and she was flattered when he began to write to her.

The notes quickly became more intimate, and after she divorced Nick Lachey in late 2005, she began dating other men. But as she writes, Mayer told her “he wanted to have all of me or nothing.”

“He’d walk into a room and pick up his guitar and you’d swoon,” Simpson, 39, tells PEOPLE. “I didn’t really know the man behind the guitar. And that was my mission.”

They dated in secret for several months and she fell in love with his intensity. “Again and again, he told me he was obsessed with me, sexually and emotionally,” she writes.

While Mayer made her feel powerful physically, she also felt insecure around him, feeling like she always had to win him over after one of their many breakups.

Although she prided herself on not being the dumb blonde as she was often portrayed (Simpson was always in on the joke), she began to have self doubts.

“I constantly worried that I wasn’t smart enough for him,” she writes. “He was so clever and treated conversation like a friendly competition that he had to win.”

She was so afraid of disappointing him that she sometimes had a friend check her texts for correct grammar and spelling. And when she felt unsure of herself she writes, “My anxiety would spike and I would pour another drink. It was the start of me relying on alcohol to mask my nerves.”

In her powerful memoir, Simpson reveals her own history of anxiety and emotional pain, much of it stemming from the sexual abuse she survived as a young girl. Pain she often numbed with alcohol and stimulants.

Sober since November 2017, a journey she explores in her book, she now has more clarity and understanding of her past.

“He loved me in the way that he could and I loved that love for a very long time,” she says of Mayer, now 42. “Too long. And I went back and forth with it for a long time. But it did control me.”

Their contact ended after he called her “sexual napalm” in a 2010 Playboy interview. “He thought that was what I wanted to be called,” she says. “I was floored and embarrassed that my grandmother was actually gonna read that.”

“A woman and how they are in bed is not something that is ever talked about,” Simpson adds. “It was shocking.”

The hardest part was learning Mayer had broken her trust. “He was the most loyal person on the planet and when I read that he wasn’t, that was it for me,” she says. “I erased his number. He made it easy for me to walk away.”

Although they are no longer in touch, she says, “I know that he’s publicly apologized and I don’t want to take that away from him.”

“I think he knows a lot of this about me already but he doesn’t know the perspective I have as a woman,” she says. “That was Jess in her 20s.”

Jessica Simpson Is Writing Her Memoir: ‘Love, Laughter, Tears and Truth’ on Every Page

Now the head of a billion dollar clothing line, the Jessica Simpson collection, the star found love and happiness when she met her soul mate Eric Johnson via a mutual friend in 2010. They married in 2014 and have three kids together: daughter Maxwell, 7, son Ace, 6, and baby girl Birdie, 10 months.

“I never had that kind of connection before,” she says of her husband. “He’s a very selfless and loving person.”

In the past few years, she began writing music again, new songs which she’ll release along with the audio book she narrated.

Simpson hopes both her words and her music will help others who’ve been through difficulties.

“I’ve never felt more inspired,” she says. “There is power in the truth.” 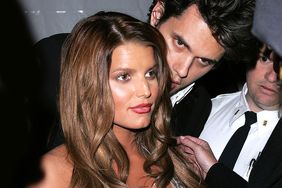