Another day, another unforgettable Jeopardy! mistake.

A contestant on Wednesday night's episode of the hit televised game show series mistook Janet Jackson for Ariana Grande in his answer, even after a video of Jackson performing her hit song "Nasty" at the 2018 Billboard Music Awards played.

Selecting the $800 clue in the Billboard Music Awards category, the contestants were given this hint: "As the recipient of the 2018 Icon Award, she took 'Control' and took to the stage in her first live TV performance in nearly a decade."

Contestant Alwin Hui buzzed in first to guess, "Who is Ariana Grande?" before reigning champ, Sarah Jett Rayburn, quickly buzzed in after and correctly answered that it was actually Jackson.

Jeopardy! and Wheel of Fortune to Film Without Audience Over Coronavirus Concerns

Still, many viewers could see where Hui went wrong, given that in the clip Jackson was wearing thigh-high boots and an oversized sweatshirt, all topped by a long ponytail — a look that Grande has become known for sporting.

Twitter had a field day after Hui gave his wrong answer, with many chiming in and roasting him for mixing up the two singers.

"It’s clear our nation’s nerds are in desperate need of doing some music icon homework," one viewer tweeted on Wednesday after Hui’s error, while another fan shared that the contestants have been “disrespecting the legends this week.”

And though Rayburn was able to correctly guess the right answer this time, she wasn't so lucky during a previous episode of the series that aired earlier in the week.

When Jeopardy! host Alex Trebek showed a photo of Zulu Kingdom leader Shaka Zulu on Monday night's episode, Rayburn incorrectly guessed, "Who is Chaka Khan?," another Jeopardy! moment that sent the Twittersphere off with comments galore.

However, Rayburn appeared to realize her mistake immediately after and threw her hands up in the air in disbelief. 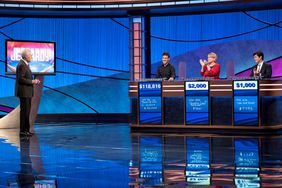 'Jeopardy!' Contestants Shock Viewers When They All Fail to Identify Tom Hanks as Mr. Rogers 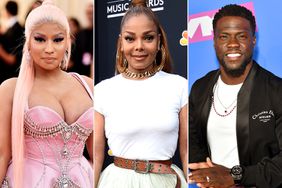