JAY-Z 'Really Cried' When His Mom Came Out to Him Less Than a Year Ago: 'She Was Free'

JAY-Z celebrated his mother Gloria Carter's sexuality in a duet titled "Smile," off his album 4:44, which was released last June

JAY-Z is opening up about his emotional response to his mother Gloria Carter finally able to live her truth.

Months after celebrating her sexuality in a duet titled “Smile,” from his June album, 4:44, the rapper, 48, tells David Letterman about the mother-son conversation that left him weeping tears of joy.

“Imagine having to live your life as someone else and you think you’re protecting your kids. And for my mother to have to live as someone that she wasn’t and hide and protect her kids … [she] didn’t want to embarrass her kids for all this time. And for her to sit in front of me and say, ‘I think I love someone…’ I mean, I really cried. That’s a real story,” JAY-Z recalls.

“I cried because I was so happy for her that she was free. This happened eight months ago when the album was being made. She told me. I made the song the next day,” he says.

JAY-Z’s Mother Comes Out as Lesbian in Touching Duet with Son: ‘Had to Pretend So Long, Had to Hide in the Closet’

In the third track off his 13th studio album, the father of Blue Ivy, Rumi and Sir raps: “Mama had four kids, but she’s a lesbian/ Had to pretend so long that she’s a thespian/ Had to hide in the closet, so she medicate/ Society shame and the pain was too much to take.”

He also admits later in the heartwarming track that his mother found love: “Don’t matter to me if it’s a him or her/ I just wanna see you smile through all the hate/ Marie Antoinette, baby, let ’em eat cake.”

JAY-Z reveals to Letterman that he knew about his mother’s love life for a while before she sat him down for the talk.

Adding, “I don’t even believe in crying because you’re happy, I don’t even know what that is. What is that?”

Last September, Gloria revealed how she came out to her famous son.

“I just finally started telling Jay who I was. Besides your mother, this is the person that I am. This is the life that I live,” she told Dusse Friday. “So my son started actually tearing. He’s like, ‘That had to be a horrible life, Ma.’ I was like, my life was never horrible. It was just different, so that made him want to do a song about it. The first time I heard the song I was like, ‘Eh, I don’t know dude. I ain’t feeling that.'”

As her duet with her son, “Smiles,” closes in on its fifth minute of runtime, she takes over for the moving outro with a running verse.

“Living in the shadow/ Can you imagine what kind of life it is to live?/ In the shadows, people see you as happy and free/ Because that’s what you want them to see/ Living two lives, happy, but not free/ You live in the shadows for fear of someone hurting your family or the person you love/ The world is changing and they say it’s time to be free/ But you live with the fear of just being me/ Living in the shadow feels like the safe place to be/ No harm for them, no harm for me/ But life is short, and it’s time to be free/ Love who you love, because life isn’t guaranteed/ Smile.” 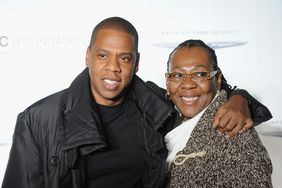 JAY-Z's Mother Gloria Carter Reveals How She Came Out To Her Son: 'He Started Actually Tearing' 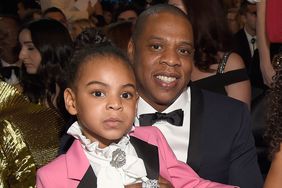 JAY-Z's Mom Gloria Carter Surprised by Positive Response to 'Smile': 'I Didn't Realize We Touched So Many Lives'