Van Jones, Michael Rubin, Maino, and more talk to PEOPLE at the reopening of JAY-Z's 40/40 Club in New York City on Saturday night

JAY-Z can always count on his fellow celebrity friends to help him celebrate his accomplishments.

On Saturday evening, the 51-year-old rapper was joined in New York City by an array of famous faces to help him commemorate the 18th anniversary and reopening of his 40/40 Club.

JAY-Z opened the first 40/40 Club, a chain of sports bars and lounges, in New York City back in 2003. In the years to follow, locations in Atlanta, Las Vegas, and the Barclay's Center in Brooklyn have popped up.

Beyoncé, 39, shared a series of snaps from the evening out on her Instagram page, where she was photographed in a short black skirt, which she accessorized with a pair of hot pink heels and a matching jacket.

Speaking to PEOPLE at the red carpet ahead of the celebratory event, Rubin, 49 — who is a businessman and executive chairman of Fanatics, the world's leading provider of licensed sports merchandise — explained how JAY-Z is the "most normal, greatest guy on the planet."

"That's one of the things I love so much about him, he's just a regular great guy with a giant heart. He's always looking to make the world a better place," he said. "He comes by, he's such a great family guy. He's always hanging out with his mom and his kids and doing so many special things. I've never seen someone so successful and so big at one time, be such a great human being."

As for how he is as a father, Rubin told PEOPLE that JAY-Z is killing it when it comes to raising his three kids: Blue Ivy, 9½, and 4-year-old twins Rumi and Sir.

"In the few times I've seen him with his kids, he's amazing. He's such a great dad," he explained. "He's with his kids all the time. So many times, when I talk to him on the phone, you always hear the kids. That's number one for him — family and making the world a better place."

JAY-Z recently made headlines when he and his hitmaker wife stunned for Tiffany & Co.'s intimate 2021 "ABOUT LOVE" jewelry campaign, which saw Beyoncé modeling the iconic Tiffany Yellow Diamond.

The campaign made her the first Black woman to ever wear the priceless piece of fashion history, while JAY-Z wore Jean Schlumberger's legendary Bird on a Rock brooch, reconstructed as a pair of one-of-a-kind cuff links.

Jones, 52, echoed similar sentiments while speaking to PEOPLE on the red carpet, stating that the campaign is just one of the many impressive ventures the superstar couple has lined up.

"The Carters continue to break through and they're not stopping, they're not slowing down," the CNN host said. "Tiffany is one step along the way, they'll do more and more things and they'll open doors for people behind them which is the important thing."

Rapper Maino also chatted with PEOPLE on Saturday evening, opening up about his work with Real Housewives of Beverly Hills star Erika Girardi.

Back in 2014, the pair worked on their track "Crazy" together. "That was super dope," the artist said of the collaboration. "That was my only number one."

Noting that he would "definitely" work with the controversial reality star and singer again in the future, Maino said his time with Erika Jayne "was pleasant, it was all love. She showed me nothing but love." He added of her current legal woes, "It's a struggle but it makes us better."

The CDC currently advises against crowded gatherings, even when vaccination status is known. Due to the airborne nature of the COVID-19 virus, hospitalization rates are at a six-month high. 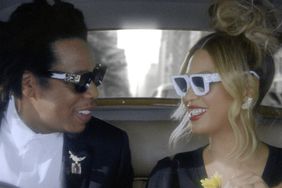 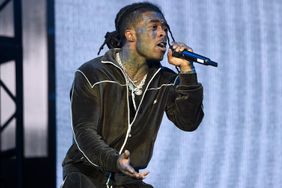 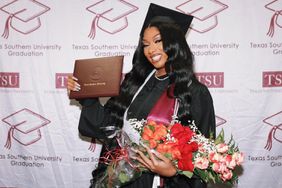