JAY-Z has now been nominated for 83 Grammy Awards

JAY-Z is now the artist with the most Grammy nominations of all time.

The rapper, 51, received three more nominations from the Recording Academy on Tuesday, bringing his total count to 83. JAY-Z was nominated in the album of the year category for his work on Kanye West's Donda, and received two nominations for best rap song for his features on DMX's "Bath Salts" and West's "Jail."

With his record number of nominations, JAY-Z has now beat out Quincy Jones, the previous record holder with 80 nods, PEOPLE reported. He ranks just above Paul McCartney, who has 81 nominations following Tuesday's announcements.

JAY-Z last released an album in 2017 titled 4:44; while he was nominated for multiple awards that year, he did not win any, according to Variety. He's won 23 Grammy Awards so far, with his most recent win for Megan Thee Stallion and Beyoncé's collaboration "Savage," which was awarded best rap song at the 2021 ceremony. JAY-Z was credited on the track as a songwriter.

JAY-Z and his wife, Beyoncé, are certainly a music power couple — she is the most-nominated female artist in the history of the Grammys with 62 nominations. Beyoncé, 40, was not included in Tuesday's list of nominees.

When JAY-Z received his first Grammy nomination in 1999, he "boycotted" the awards to protest DMX's exclusion, per Variety. JAY-Z later returned to the show in 2004 to support Beyoncé.

"I didn't come back until ... 2004 when a beautiful, young lady whom I love dearly had a solo album ... the beautiful Miss Beyoncé," he said in 2018, per the Associated Press. "And I realized, 'Man, art is super subjective and everyone is doing their best, and the Academy, they're human like we are and they're voting on things they like and it's subjective."

JAY-Z's new title comes not long after he received another career honor. The rapper was inducted into the Rock & Roll Hall of Fame in October, becoming the first living solo rap artist to be inducted.

"Thank you, Rock and Roll Hall of Fame, for this incredible honor. And you know, growing up, we didn't think we could be inducted into the Rock & Roll Hall of Fame. We were told that hip-hop was a fad," he said during his speech. "Much like punk rock, it gave us this anti-culture, this subgenre, and there were heroes in it."

JAY-Z added, "Hopefully, I'm informing the next generation that anything is possible. I don't know what's next — In fact, I do know what's next. I have to go to court Monday. There's good and bad, life is about balance — But you know, tonight, we're going to enjoy tonight. I appreciate this honor. Sorry for this long-ass speech, but I had to give it up. We did it, Brooklyn!" the father of three concluded. 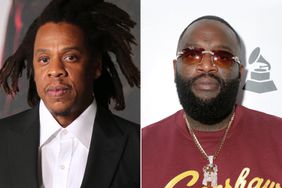 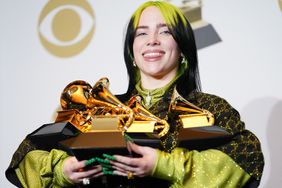