Janelle Monáe is no stranger to utilizing her platform in order to shine a light on the experiences of the Black community.

The 35-year-old singer and actress has teamed up with the African American Policy Forum and 15 other Black women and activists to release her new protest song, "Say Her Name," as an anthem to honor the Black women and girls who were killed by law enforcement.

With "Say Her Name" — a follow up to her 2015 song "Hell You Talmbout" — Monáe tells PEOPLE that she wanted to "bring more awareness to what has not been covered and to also allow their families an opportunity to be able to hear people sharing their stories about their daughters as the human beings they were and as the daughters they were."

The Hidden Figures star says that after releasing "Hell You Talmbout," she had an eye-opening experience and "learned about the amount of women — Black women in particular — who had lost their lives to police violence and their stories were not covered," Monáe says. "I just felt like it was super important that we all, on a global scale, became aware."

The 17-minute song honors 61 Black women and girls by chanting their names.

Dr. Kimberlé Crenshaw, cofounder of the African American Policy Forum, says the community has "fallen out of awareness around this tragedy that's happened to too many Black women" and the growing activism is "the kind of shift that's necessary" in our society to "reverse injustices."

As a vocal activist, she says no matter where she went or what demographic she was speaking to, people would easily recognize the names of the Black men killed by police — Eric Garner, Michael Brown, Tamir Rice — but few would recognize the women and girls who were in the same situations.

"The silence that surrounds the killing of Black women is what we have just witnessed. So what are we going to do to reverse it?" Crenshaw explains. "The saying her name was the creation of that cacophony of sound. We needed to not only say their names, but explode the sound barrier by saying the names that had been erased for so long."

She adds, "We say their names, we bring awareness to the fact that so many of their families experience not just the loss of the daughter, but the loss of the loss. It's like their killing doesn't mean anything and because it doesn't get reported, there's an additional trauma that the family has to deal with."

Proceeds from the song and video and will benefit the AAPF's #SayHerName campaign. The organization creates emergency resources to support the mothers and loved ones of those who have died. The funds will also support the development of art that helps the families tell their story.

"We basically try to mend and tend to the spirit and the body, to the trauma and to the possibilities that still lay ahead," Crenshaw tells PEOPLE. "So this song, the tremendous gift that the artists are giving us, will allow us to do more of the work that frankly, a lot of people don't even know needs to be done."

However, Monáe ensures that the focus is not on the celebrities she collaborated with but the AAFP and the historical impact they can make.

"Each of us is a daughter and we came together on a human to human level, sister to sister level to honor these names," she says.

"Music has always been therapy for me. What this [song] is also doing is capturing a moment in our history and how we all came together to spread the word about who they are," the singer adds. "To be able to uplift their names in this song is taking a piece of American history and taking a piece of what has happened so that history won't repeat itself again."

"Say Her Name" is available to stream here. Learn more about the African American Policy Forum and donate here. 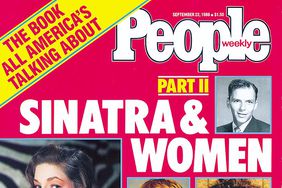