The country singer shared a photo from a girls trip with her daughter Jolie Rae, 5, on Instagram Thursday

Jana Kramer isn't in a rush to be anybody's princess!

The country singer, 37, hinted that she's very happy being single after filing for divorce from husband Mike Caussin in late April.

During a girls trip to Los Angeles, California, with her daughter Jolie Rae, 5, the mother-daughter duo snapped a picture as they posed outside of a castle.

"Just a Queen and a Princess living their best life," Kramer wrote in an Instagram post sharing the sweet picture.

She then alluded to being over boys — with the exception being her 2-year-old son Jace Joseph.

"No princes (except Jace of course) or frogs needed. 😂," the One Tree Hill star joked in the caption.

Despite the cheeky Instagram post Thursday, Kramer recently revealed that she's in an "entanglement" with longtime friend and Bachelorette alum contestant Graham Bunn.

During an appearance on E!'s Daily Pop, the hosts showed a photo of Kramer and Bunn, 42, on very similar couches.

"Graham and I have been friends for like seven years," the Whine Down podcast host prefaced before explaining, "He used to work at the radio station - country radio station." 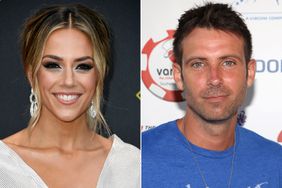