Nearly one year after Mariah Carey and her fiancé James Packer called it quits, the billionaire businessman is revealing why they didn’t belong together in the first place.

“I was at a low point in my personal life,” the billionaire businessman, 50, recently told The Australian. “She was kind, exciting and fun. Mariah is a woman of substance. But it was a mistake for her and a mistake for me.”

The pair’s relationship reportedly took a turn for the worse when they got into an argument while vacationing in Greece. A source close to Carey previously told PEOPLE that “James has not been in a mentally healthy place and has not been present for Mariah or her family” and that “his behavior was not a desirable situation for Mariah so she unfortunately had to leave him.” But Packer’s rep claimed those comments were “simply not true.”

RELATED: ‘I Don’t Know Where the Motherf—er Is’: Mariah Carey on International Scandal with Ex James Packer

The pair first met in Aspen, Colorado in 2014 after mutual friend Brett Ratner introduced them to each other at the Hercules premiere. After going public with their romance in June 2015 when they were spotted getting cozy on an Italian vacation, they made their red carpet debut at The Intern premiere in New York City months later in September.

Packer then proposed to Carey with a 35-carat diamond engagement ring in January 2016. The businessman also opened up about his failed marriage to model-singer Erica Baxter, with whom he shares three children.

“It is my biggest regret that I let my marriage to Erica fail,” he told the publication. “It is what it is and she is doing an incredible job with the kids and we are in a great place.”

Mariah Carey and James Packer Reportedly Reach Settlement: Does She Get to Keep That 35-Carat Ring? 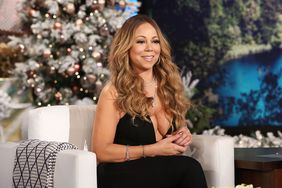 Mariah Carey on Her Split From Fiancé James Packer: 'Everything Happens for a Reason' 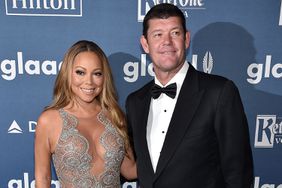