After a breakup with girlfriend of five years Lena Dunham, Jack Antonoff took to Twitter to address gossip that he was already back on the dating scene

Jack Antonoff is putting a halt to the rumor mill.

After an “amicable” breakup with girlfriend of five years Lena Dunham, the Bleachers frontman took to Twitter on Wednesday to address gossip that he was already back on the dating scene.

“normally i would never address rumors but i resent having the most important friendships and working relationships in my life reduced to dumb hetero normative gossip,” he wrote. “those relationships are deeply important and sacred.”

The 33-year-old musician clarified, “with that said, i’m not seeing anyone. lol.”

Reps for both Dunham and Antonoff confirmed news of their split to PEOPLE earlier this month. However, the Girls creator shared that she is not parting with the piece of jewelry he gave her.

“I’m wearing this ring that Jack gave me, and I’ll always wear it because love is a really cool, powerful, eternal thing,” Dunham, 31, explained to fans via an Instagram livestream. “It doesn’t have to be defined the way that we, in Western culture, define it as beginnings and ends.”

The actress has previously shown off some of her jewelry from Antonoff, revealing he gifted her a “friendship ring” for their anniversary in April 2016.

The Girls creator and Bleachers frontman met on a blind date set up by Antonoff’s sister Rachel and comedian Mike Birbiglia in 2012.

This past October, Dunham and Antonoff celebrated their five-and-a-half year anniversary, which she celebrated with a photo of the couple donning sweats while out to dinner.

“Here is the picture that my ❤️ @americaferrera insisted on taking so we’d have evidence that this is how we dressed for a nice dinner. Our 5.5 year anniversary was yesterday,” she wrote on Instagram. “Still working hard to impress him in surprising ways. PS we independently dressed entirely in merch.” 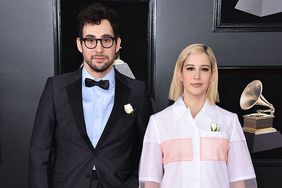 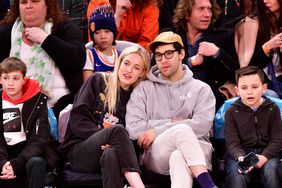