“They’re perfect for each other because they’re like the same person,” Ireland, 23, told PEOPLE while attending the opening of On The Record at Park MGM in Las Vegas on Saturday. “They’re both really sweet. They complement each other. They’re both every loving of each other.”

The young couple is also experiencing life at the same speed.

“They’re going through the same struggles, I feel like, and they are just helping each other out. As life goes, we all go,” Baldwin said of her cousin.

Although Bieber, 24, and Hailey, 22, are already legally married, having secretly exchanged vows at a civil courthouse ceremony in September, they are planning to have a bigger celebration including a religious ceremony and reception, a source told PEOPLE.

“They’ve been figuring out the perfect time to do it, and they both feel like the sooner, the better,” an insider close to Bieber said earlier this month. “They’re still figuring it out.”

As for the wedding date? Ireland — whose dad Alec Baldwin is the brother of Hailey’s dad Stephen Baldwin — told PEOPLE she’s in the dark.

“We’re happy. We’re going to the wedding,” she said. “We don’t know when it is or where, but we’re happy for them.”

The once on-and-off couple — who previously dated before a messy 2016 breakup — rekindled their relationship over the summer, before Bieber proposed to Baldwin in the Bahamas on July 7. Just two months after his proposal, the pair quietly tied the knot on Sept. 13 in a New York City civil service.

At the time, an insider told PEOPLE, “They’re going to have a big blowout, in front of God and everyone they love.” 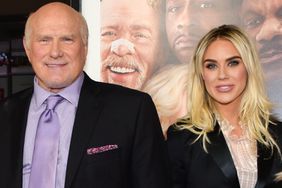 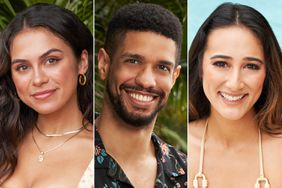