Reynolds' health has made a complete 180 since first being diagnosed with Ankylosing spondylitis, and it's evident Imagine Dragon's new single "Believer"

Ask Imagine Dragons frontman Dan Reynolds where he was mentally, physically and emotionally the last few years and he’ll tell you the root of his frustrations: Ankylosing spondylitis, an inflammatory arthritic disease. In fact, listen to the band’s “fairly dark” sophomore album, Smoke + Mirrors, and you’ll hear Reynolds’ pain in the lyrics.

The singer opened up to PEOPLE exclusively in November 2016 about his “debilitating” aches and depression as well as being in a “bad place” prior to remission. But these days, Reynolds’ overall health has made a complete 180 — and it’s evident in the Las Vegas quartet’s latest single “Believer.”

“It really has been a very healthy year for me. But it didn’t come without work, a lot of physical and mental work,” the 29-year-old tells PEOPLE about his positive outlook as of late. “A.S. requires you to live a more disciplined life, and once I found the right balance of that I’ve really been great for a year.”

The title of their 2015 album embodied Reynolds’ melancholy and confusion away from the limelight, similar to the meaning of the popular idiom. “Right at the beginning of Smoke + Mirrors was really when A.S. was rearing it’s head in a big way,” he recalls. “It was the beginning of the disease in a lot of ways for me and learning to manage it. So physically I was in a quite a lot of pain, and mentally I was in a very bad place as well.”

Fast forward to the present, Reynolds credits A.S. as the inspiration for new music.

“I’m grateful for it,” he says. “Looking back in this last year from a place of health you’re able to have greater perspective and I’ve had more perspective to see that a lot of the great things in my life are due to struggle.”

And the personal meanings behind the single comparably paint Reynolds as a phoenix rising from the ashes.

He adds: “The meaning of the song is really reflecting on specific things in my life that were painful, whether it was anxiety and dealing with crowds, feeling overwhelmed by that or the success of the band, disease, going through depression—anything that was a source of pain in my life. And just rising above that, finding a place of perspective where I could be appreciative of the pain in my life and make it my greatest strength.”

Fans can expect the upcoming Imagine Dragons album to come from “a place of color and reflection and emotion” — as seen in the “Believer” cover art and music video that was released on Tuesday.

“The artwork for ‘Believer’ really encompasses everything for me in a lot of ways. This picture of a man walking in a dark vast space and arriving at a place of color and vibrant brilliant color,” Reynolds teases. “That’s where I think I am right now and that’s where the album leans towards. Smoke + Mirrors was kind of a dark place for me. ‘Believer’ kind of indicates that. The art is an indicator for what’s to come in a lot of ways.”

But a new perspective is not nearly an antidote for the incurable A.S.

“I have a month that would be great, like no pain for a month and then I might have a week where I start to feel a flare-up,” Reynolds reveals of his condition. “But for the most part this last year, I’ve had it under control via my diet and exercise. It’s different for everybody, I’ve found the balance within that the last year that’s worked for me, but next month I could have a really bad flare-up and go back to my rheumatologist and say ‘Hey what do I need to do to get back to a place of health?’ ”

A go-to place for A.S. resources is Reynolds’ initiative called This AS Life Live!, an online, interactive talk show for patients with A.S., hosted by patients with A.S. “For me when I was diagnosed, I was Googling everything and I couldn’t find a specific source that I could turn to for community, for knowledge, and not to feel so alone with this disease,” he describes of his reasons to partner with the Spondylitis Association of America (SAA) and Novartis.

As for the advice he hopes will resonate with people who are or have been in the place he was one year ago: “Both physical and mental illness can be debilitating in a lot of ways and the most important thing is: 1.) you’re not alone in it, there’s millions of people who are facing the same thing, [and] 2.) there is always light at the end of the tunnel.”

FROM COINAGE: What Is the Grammy Bounce? (No, It’s Not A Dance Move)

Furthermore Reynolds stresses, “With depression or A.S., it’s not just a pit for the rest of your life or this downward spiral. It’s the beginning of something that is going to cause you to have to grow to make changes. While it can seem bleak right when you’re diagnosed, there are management plans so that’s why it’s so important for it not to remain a hidden disease and that awareness is raised.” 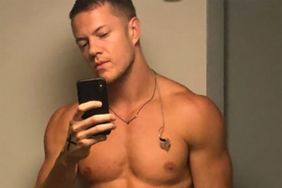 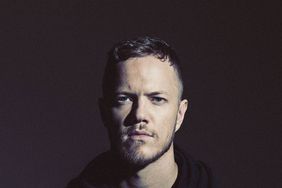 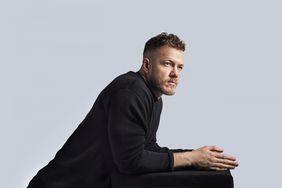 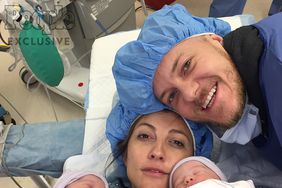