Iggy Azalea was home at the time of the Nov. 14 robbery in Atlanta

The couple, who have been dating for over a year, reported to authorities on Sunday that $366,000 worth of jewelry was stolen from their suburban Atlanta rental home, according to an incident report obtained by PEOPLE.

But perhaps the most interesting of all was the $35,000 diamond engagement ring that was taken from the residence — suggesting that the “Magnolia” rapper, 23, had popped the question to Azalea, 29.

Reps for Azalea and Carti did not immediately respond to PEOPLE’s request for comment.

Iggy Azalea Opens Up About ‘Fighting’ for the Chances She’s Been Given: ‘I’m Not Going to Stop’

The robbery occurred last Thursday night while Azalea was at their Buckhead home, according to the report. The singer told authorities that she was alone in the basement when she heard footsteps on the second floor, and assumed it was Carti.

Azalea, whose real name is Amethyst Amelia Kelly, also noted that she had left the back door open for the rapper because it was a rainy night and she wanted him to “have access to the house.”

Surveillance footage caught the suspect, who was wearing a dark mask and gloves, entering their home from the back door at 9:51 p.m. He was seen leaving the residence just a short time later at 9:58 p.m but was not recorded at any point inside the home.

Carti, whose real name is Jordan Terrel Carter, also alleged that the suspect had a gun in his possession when he entered their Atlanta rental home, though authorities have not confirmed whether this was true.

Azalea and Carti met in 2018 while the rapper was touring overseas and shortly after started dating.

Three months after they confirmed they were dating, the singer and the rapper decided to move in together, with Carti confirming the big step in their relationship in a recent interview with Fader.

“Once I started talking to her, I just cut off everybody. It was over with,” he shared with the outlet, explaining how he and Azalea had moved to Atlanta from Los Angeles together. “I support everything she does.”

Things seemed to heat up in July for the couple when the “Fancy” singer stepped out flaunting a massive diamond ring on her left hand. Fans instantly started speculating that the pair were engaged, though they have yet to address it themselves.

Azalea was previously engaged to rapper Nick Young but the ex-pair called it quits in 2016 after Azalea accused him cheating with other women while she was away from home. 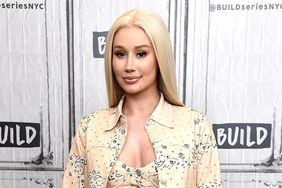 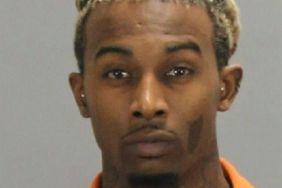 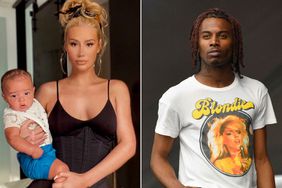 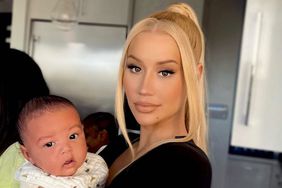