The "Without Me" singer, 24, and the alternative rock musician, 20, got fans talking after Halsey shared a photo to Instagram on Wednesday

Halsey and Yungblud seem to be getting more serious!

The “Without Me” singer, 24, and the alternative rock musician, 20, got fans talking after Halsey shared a photo to Instagram on Wednesday, in which they walked down a Camden Town sidewalk in England.

While the pair has yet to confirm the status of their speculated relationship, the new photo has fans convinced that the duo is falling fast.

The songstress captioned the artsy shot taken from behind “camden: now with a cuter filter 🖤.”

The two musicians have been getting closer over the past few months.

Aside from stepping out together on numerous occasions, the singer posted another photo with the Yungblud — whose name is Dominic Harrison — just a few weeks ago — this time, clearly showing both their faces.

In it, the English rocker stands behind Halsey and rests his chin on her shoulder. As he holds up a can of beer and smiles, Halsey, rocking a colorful jacket, looks off into the distance. The sweet photo is believed to be their official Instagram debut together.

The couple split in October, a source told PEOPLE, shortly after they reconciled. “It’s over again for now,” said the source. “He was partying over the weekend and girls were all over him. He didn’t care who saw.”

The musicians started dating in the summer of 2017. In July 2018, Halsey confirmed that she and the rapper were putting their relationship on hold.

The split did not last, though: In August, they sparked reunion rumors when they were seen holding hands at the MTV Video Music Awards and when they smooched onstage. The next month, Halsey posted pictures (complete with the tongue emoji) of the two in bathing suits on Instagram.

They then solidified their on-again status when they walked the red carpet at the American Music Awards in October.

Recently some believed that Halsey and John Mayer may have been an item, but both made it clear that they were just friends.

During an “Are They Dating Game,” on his Instagram Live show in early December, Mayer, 41, asked Halsey if they were dating. She replied by holding up her cue card which read, “NO.” Mayer revealed his cue card had the same answer and said they “effectively shut that one down.”

“The fact that we’re both alpha types, while not prohibitive, would make a romantic relationship difficult, especially when compounded by the fact we’re both highly driven and creative artists who value our independence,” Mayer joked of why the pair wouldn’t work. 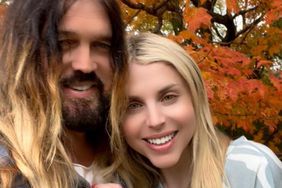 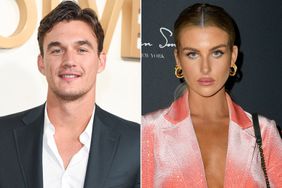 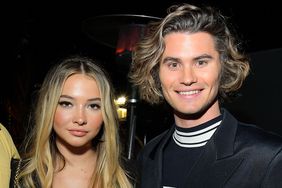