The couple secretly tied the knot on Sept. 13, 2018, and will have a second religious ceremony later this month

On Friday night, Baldwin, 22, celebrated her first year of marriage with the musician by sharing a series of photos of the two on her Instagram Stories. In the first photo, the model sweetly gives Bieber, 25, a kiss on the cheek.

“1 year of being your Mrs.,” she captioned the loving photo.

In the second photo, Bieber and Baldwin share a sweet moment inside a mirrored room. A third snap, captioned “my heart,” shows Bieber kissing his wife on the cheek. Baldwin also shared a photo of the two sharing a loving embrace, and posing in front of the night sky.

On his own Instagram Story, Bieber shared a video seemingly showing himself and Baldwin leaving for a getaway with their suitcases.

The couple secretly tied the knot at a New York City courthouse on Sept. 13, 2018. To mark their anniversary, the pair will have a second religious ceremony later this month, a source previously confirmed to PEOPLE.

Throughout their year of marriage, the couple hasn’t been shy about sharing their affection for each other on social media. Bieber recently said that marriage has been “the best season of my life,” and last week, the “I Don’t Care” singer was criticized by a fan after he gushed over a photo of Baldwin.

“No makeup like what??” Bieber wrote alongside the image, adding a variety of loved-up emojis, which he shared on both his regular feed and his Instagram Story.

Although his wife seemed to appreciate the tribute, commenting, “making a girl blush over here,” one of the singer’s fans felt differently.

“You don’t need to do this, if you really love each other, just live and enjoy it without trying to presume to appear or force someone else to see that ‘YOU’RE IN LOVE,” the social media user commented in an interaction highlighted by Comments by Celebs.

Clapping back, Bieber, who has publicly defended his relationship with Baldwin in the past, wrote that “honoring your wife publicly is actually such an amazing respectful thing to do.”

“It’s not only reassuring to her it’s also a way of giving people something to look forward to,” the singer said.

Justin Bieber Claps Back at Fan Judging His Relationship: ‘Honoring Your Wife’ Is ‘Respectful’

“I’m not forcing it down anyone’s throat, YOU follow ME,” Bieber continued. “Should I not make songs about loving my wife or being in love or is that shoving my love for her down your throat too?” 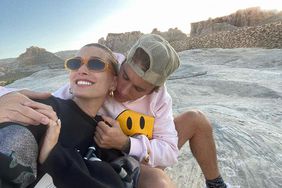 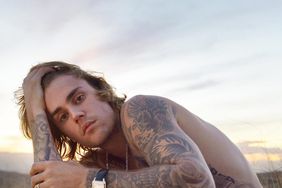 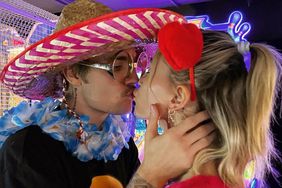 Justin Bieber and Hailey Baldwin Celebrate Valentine's Day Together — and Release of His New Album! 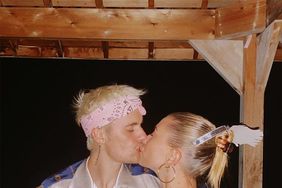