The Biebers are ready for some slime!

Justin Bieber is gearing up the headline the Kids' Choice Awards hosted by Saturday Night Live's Kenan Thompson on Saturday— and his wife Hailey Baldwin is stoked to present his performance!

"I'm excited! It feels good to get out and get dressed up and be back in this kind of environment, to be presenting. It's exciting," she tells PEOPLE in an exclusive video with footage of Bieber's rehearsal. "It's cool. Obviously, we're both grown up, we've grown up watching the Kids' Choice Awards and I think to be here and be married and do it together is really fun."

Bieber — who's the most nominated artist of the night — is set to perform his tracks "Anyone" and "Intentions" alongside Migos' Quavo.

Bieber is nominated for favorite male artist, favorite song for "Yummy" and also for "Holy" with Chance The Rapper, "Lonely" with Benny Blanco, and "Stuck With U" with Ariana Grande in the favorite music collaboration category.

Bieber's last performance was at the 2010 awards, where he hit the stage with his first big track: "Baby." In total, he's taken home seven KCA Blimps.

Bieber is set to release his forthcoming album Justice next Friday. 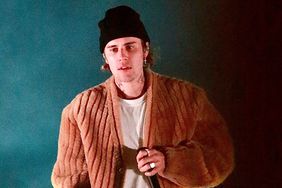 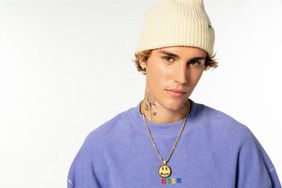 Justin Bieber to Perform 2 Songs at 2021 Kids' Choice Awards: This Is a 'Full-Circle Moment'