"In many ways, whether it's right or wrong, I hope he hears this song and hates it," Greyson Chance says of the boy who inspired the song

Greyson Chance is getting the last word.

The singer just dropped “Dancing Next to Me” the lead single off his forthcoming album — and PEOPLE caught up with the star about the upbeat song based on a real night out that left him feeling betrayed.

“I had been with somebody and really felt this connection to them. I was growing into feeling comfortable with being vulnerable around this person and then eventually being intimate with them and thinking that there was really something truthful there and something beautiful,” the 22-year-old tells PEOPLE. “And then having this feeling of betrayal in the morning when the sun rose and the person left.”

“He wasn’t confident enough to love me,” adds Chance, who rose to fame in 2010 after he scored an appearance on The Ellen DeGeneres Show thanks to his viral cover of Lady Gaga‘s “Paparazzi.” “I think in many ways he was afraid to take that step.”

Chance also hopes the boy who inspired the song actually hears the track — particularly the scathing lyrics, “I was yours for the weekend / Come sunrise, it’s time for you to dodge your feelings.”

“In many ways, whether it’s right or wrong, I hope he hears this song and hates it,” Chance says. “I hope it brings an ill feeling to him just because I felt betrayed.”

“To anybody who gets involved with the songwriter, if they go to bed at night thinking that that person is not going to write about and not going to put them in their art, they are so misguided,” he laughs.

The new song is Chance’s first since dropping “Boots” late last year. While “Boots” won’t appear on his next album, the track introduced his fans to a more upbeat sound, compared to that of his last album Portraits.

“I think it’s within the same universe as Portraits, but it does feel a bit more grown-up to me,” he says. “I really wasn’t afraid to embrace my love of alternative music and a lot of guitar-driven music that just felt a bit more rock-oriented to me. There’s a bit more of that on here. I think the album is very diverse and just has a few more layers than Portraits had.”

“Dancing Next to Me” is the first song Chance wrote with producer and songwriter Teddy Geiger, who will serve as executive producer on the new album. With Geiger, Chance was able to pour his heart out with his new music.

Who Is Teddy Geiger, the Hit Singer-Songwriter Who Revealed Recent Transition?

“The song was coming at a period where I had been in a bit of a writer’s block throughout the summer,” he says. “I just was unsure of where I wanted to take the next record. She really helped me in just being honest. It’s a very honest record, and she really threw that out of me.”

Chance says working with Geiger allowed him to connect to the producer who also got her start in music at a young age.

“I think the thing about Teddy is that she and I share in many ways so many similarities with our time in music,” he says. “She started out when she was very young, just like me. She and I have both really seen so many different ups and downs. And at this point, I think her and I both realize that music isn’t really a choice for us, it’s just innately within us and it’s just what we do.” 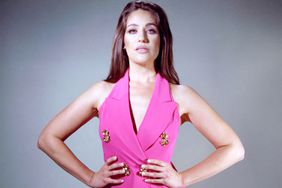 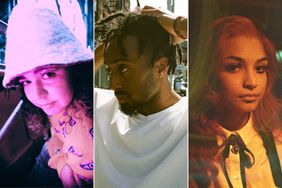