Gregg Allman, one of the founding members of the legendary Allman Brothers Band, died at his home in Savannah, Georgia.

(From left) Butch Trucks, Dickey Betts, Jai Johanny "Jaimoe" Johanson and Gregg Allman of The Allman Brothers Band posed for a photo after being inducted into the Rock and Roll Hall of Fame in 1995.

Gregg Allman posed with ex-wife Cher during their tumultous marriage. The pair were married from 1975 to 1979.

Gregg Allman posed with his then-wife Stacey Fountain (left) and daughter Island during the 28th Annual Georgia Music Hall of Fame Awards in 2006.

Gregg Allman performed with the Allman Brother in the '70s.

Gregg Allman signed autographs at the Peaches Records in Atlanta in 1975.

Gregg Allman smiled with his son Devon Allman at the New York premiere of the film Black Rain in 1989.

Duane Allman (right) chatted with his brother Greg Allman backstage before the Allman Brothers' performance in Spartanburg, South Carolina in 1970. 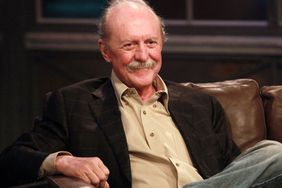