Beyoncé, Megan Thee Stallion, Taylor Swift and Billie Eilish are just a few of the incredible female artists who dominated the Grammys during music's biggest night

... had an incredible night, starting off with their dual win for best music video for "Brown Skin Girl." At 9 years old, Blue is one of the youngest people to ever win a Grammy.

Beyoncé also made history for earning the most Grammy wins ever, with 28 wins, including tonight's awards for best rap song for "Savage" and best R&B performance for "Black Parade."

... earned a best rap performance and best rap song win for "Savage" featuring Beyoncé. She also won big by beating out Ingrid Andress, Phoebe Bridgers, Chika, Noah Cyrus, D Smoke, Doja Cat and Kaytranada for this year's best new artist. (And lest we forget, she also brought the house down with her performance of "WAP" with Cardi B.)

... nabbed best traditional R&B performance for "Anything for You."

... and her brother Finneas won best song written for visual media for their tune "No Time to Die" from the upcoming Bond film, which stars Daniel Craig and Ana de Armas.

... won best pop duo/group performance for "Rain on Me."

... was awarded with best country album for Wildcard.

... and co-writer Tiara Thomas earned song of the year for "I Can't Breathe," a track written over FaceTime as a response to the death of George Floyd.

... received the coveted album of year award for Folklore.

... won the biggest award of the night, record of the year, for her song "Everything I Wanted." Eilish beat out Beyoncé, Black Pumas, DaBaby, Doja Cat, Dua Lipa, Post Malone and Megan Thee Stallion to earn the prestigious honor. 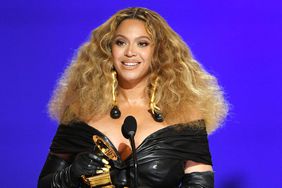 Beyoncé Thanks Her Kids as She Wins Grammy for Best R&B Performance: 'Honored to Be Your Mommy' 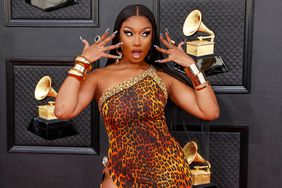 Grammys 2022: See Every Star Arriving on the Red Carpet for Music's Biggest Night