Couples Are Back on the Red Carpet! The Cutest Pairs at the 2021 Grammys

Aiko, up for three Grammys on Sunday night, walked the carpet with her longtime love Big Sean, up for one award himself.

The lovebirds were nominated together for song of the year their tune, "If the World Was Ending."

In her best country album speech, the singer thanked her husband of two years.

The producer — who performed with pal Taylor Swift — brought his model/artist girlfriend to the show.

Dessner — also on hand to perform with Swift — was joined by his wife, Wengler. 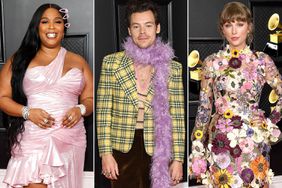