On Sunday afternoon, ahead of the 63rd Annual Grammy Awards, the 9-year-old daughter of Beyoncé and JAY-Z was awarded her first Grammy, winning in the best music video category for Beyoncé's "Brown Skin Girl" video at the award show's Premiere Ceremony.

Blue Ivy is now the second youngest artist to ever win a Grammy Award following Leah Peasall, who won at the 2001 ceremony for her work on the album of the year-winning soundtrack to O Brother, Where Art Thou? at age 8.

"Brown Skin Girl," one of the tracks off of Beyoncé's Lion King companion album, The Lion King: The Gift, got a standalone visual treatment on YouTube last August.

The video had previously only been available to Disney+ subscribers as a part of Beyoncé's most recent musical film, Black Is King, which dropped exclusively on the streaming service at the end of July.

In the video, Beyoncé enlists various famous faces, including Naomi Campbell, Lupita Nyong'o and her former Destiny's Child bandmate Kelly Rowland — all of whom she name drops on the song — to sing the praises of black beauty, alongside her daughter, who sings on the opening and closing of the track.

The clip features Beyoncé and the rest of the video's stars in a series of dazzling shots and outfits, with guest features on the song from Saint Jhn and Wizkid.

In a brief statement to Good Morning America about the video, Beyoncé shared, "It was so important to me in 'Brown Skin Girl' that we represented all different shades of brown. We wanted every character to be shot in a regal light … It was important that we are all in this together and we're all celebrating each other."

This year's most-nominated star at the 2021 Grammys is none other than the Queen Bey herself.

The Black Is King star earned a total of nine nominations, including two nods in the record of the year category for "Black Parade" and her feature on collaborative hit song "Savage" with Megan Thee Stallion.

"Black Parade" has also earned her a nod for both best R&B performance and best R&B song. The "Savage" remix is also up for best rap performance.

Despite leading the pack in nominations this year, Beyoncé was not included in the list of performers scheduled to take the stage on Sunday evening.

Speaking with The Los Angeles Times, Recording Academy interim chief executive Harvey Mason Jr. shut down rumors that the Grammy winner would be making a surprise appearance. "It's unfortunate, because she's such a big part of the Recording Academy. We absolutely wish we had her onstage," Mason told the outlet in a story published on Saturday. 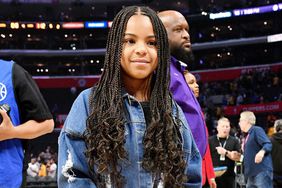 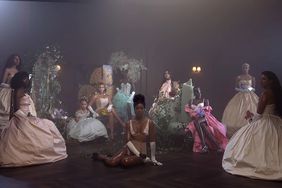 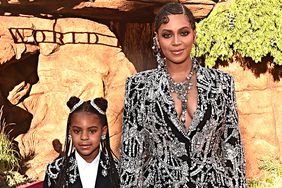 Beyoncé's Daughter Blue Ivy, 8, Nominated for Her First Grammy Award Alongside Her Mom 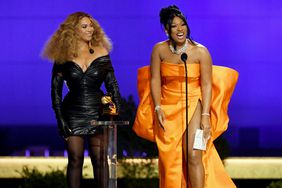 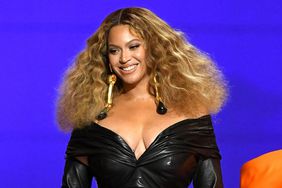 Beyoncé Makes Epic Return to the Grammys in True Beyoncé Fashion: All About Her Outfit 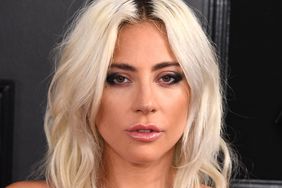