Host Alicia Keys brought out Boyz II Men to open the show and pay tribute to the late Kobe Bryant, who died in a helicopter crash the morning of the 2020 Grammys.

"Here we are together on music's biggest night celebrating the artists that do it best. But to be honest, we're all feeling crazy sadness right now because earlier today, Los Angeles, America and the whole wide world lost a hero. And we're literally standing here heartbroken in the house that Kobe Bryant built," Keys began from the Staples Center. "Right now, Kobe and his daughter Gianna, and all of those that have been tragically lost today are in our spirit. They're in our hearts and our prayers. They're in this building"

She then continued by asking people to take a moment and "hold them inside of you."

Keys and the members of Boyz II Men then sang an emotional acapella version of the R&B group's "It's So Hard to Say Goodbye" to honor Bryant, his 13-year-old daughter Gianna, who also died in the crash, and the seven other victims whose lives were lost on Jan. 26, 2020.

Fans on Twitter spotted a man sitting in the second row, casually wearing skeleton face paint like it was NBD.

"are we gonna ignore the fact that a man is wearing full blown skeleton makeup," one Twitter user wrote.

"am i going f------ crazy or is anyone seeing the guy with skeleton makeup #GRAMMYs," another added.

Twitter continued to buzz until it was revealed that the man in question is Prince Nasir Dean, Swizz Beatz's 19-year son with Nicole Levy. The rising artist, producer and DJ goes by the stage name Note Mercato, and wears the skeleton makeup as part of his signature look.

Prince Nasir, who is also a model, teased the look on his Instagram Story while getting ready for the show.

"Grammy cardinal," he captioned a selfie of himself getting his face painted.

Usher, FKA twigs and Sheila E. Bring Down the House with Their Prince Tribute

The trio took center stage to kick off a rockin' medley of the late superstar's classics, including "Little Red Corvette," "When Doves Cry" and "Kiss."

Usher manned the mic with his killer vocals, while twigs brought the crowd to their feet with her dance moves and Sheila E. did her thing on the drums.

Nick Jonas Gets Some Greens in His Teeth

It happens to the best of us, but it doesn't happen to the best of us on music's biggest night! Eagle-eyed fans noticed that Jonas, who's 1/3 of the Jonas Brothers, had food in his teeth during the band's Grammy performance.

After fans pointed it out on Twitter, the 27-year-old joked, "At least you all know I eat my greens." And hey, it's not all bad, at least he got to perform onstage at the Grammys. Way to find the bright side, Nick!

Camila Cabello Inspires Everyone to Text Their Dads

The singer put on a stunning performance of "First Man," a song dedicated to her father, Alejandro, who was her date to the awards show.

As the star sang lyrics like "I know you'll stay up late just waiting for me / You held me so tight, now someone else can / But you were the first man that really loved me," Alejandro was seen crying in the audience.

As if that didn't make you want to ugly cry, toward the end of song, Cabello walked off the stage and went to hold her tearful father's hands as she finished the ballad.

The "Thank U, Next" singer performed a medley of tracks from her album Thank U, Next, kicking things off with "Imagine," which is believed to be about Mac Miller, whom she dated before his 2018 death.

Then, she made a quick costume change and channeled the Rodgers and Hammerstein classic Sound of Music, a nod to the fact that her song "7 Rings" includes an interpolation of the musical's song, "My Favorite Things."

'Old Town Road' Gets the Star Treatment (and Another Remix)

Just when you thought "Old Town Road" couldn't get any better or more viral, the Grammy performance of the mega-hit gave us the remix we didn't know we needed.

BTS - including band members RM, Jungkook, Jimin, V, Suga, Jin and J-Hope - and Diplo joined Lil Nas X and Billy Ray Cyrus for the ultimate performance of the country rap hit, nominated for record of the year, before Nas made a surprise appearance to help sing "Rodeo."

In a touching tribute to the late Kobe Bryant, the rapper performed the start of the song sitting next to the basketball player's Lakers jersey.

Lovato performed for the first time in over a year and a half, and when she did, she didn't leave a dry eye in the house or a person in their seat.

She performed "Anyone," a song that was written before she overdosed at her home in Hollywood Hills, California, in July 2018. Lovato began singing the first few lyrics of the emotional song before becoming so overwhelmed with emotion that she started over.

When she tried again, she proved that she is back and better than ever, flexing her vocal chops and earning herself a standing ovation.

A Moving Tribute to Nipsey Hussle

The night was, understandably, an emotional one and one of the most moving moments came when John Legend, DJ Khaled, Meek Mill, Kirk Franklin, Roddy Ricch and YG performed a tribute to the late Nipsey Hussle.

The late rap icon was nominated posthumously for three Grammy awards this year. On March 31, 2019, Hussle died after he was tragically gunned down on the Los Angeles street where his clothing store, the Marathon Clothing Company, is located. He was 33 years old.

The performance ended with images of Hussle and Kobe Bryant.

Billie Eilish Makes History ... and Has an Overall Huge Night

The singer, the second-most nominated artist of the night, became the youngest musician to ever be nominated - and win - all four of the major categories.

The teenager - yes, she is 18! - took home song of the year, which she won for the insanely catchy "Bad Guy."

She also performed "When the Party's Over," won for best new artist, album of the year and record of the year. You could say that she had a pretty big night. 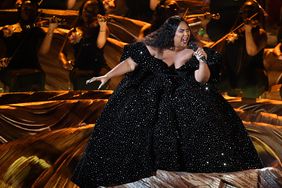 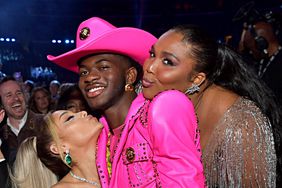 A Lizzo Photobomb, Celeb Couple Moments & Tears: Everything You Didn't See at the 2020 Grammy Awards 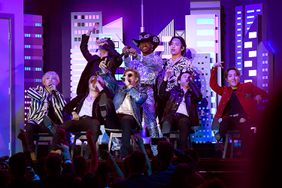 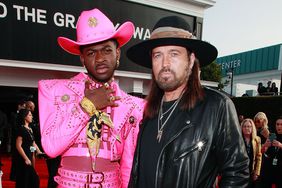 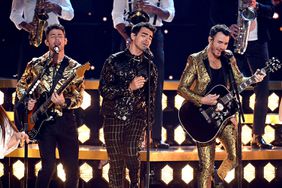 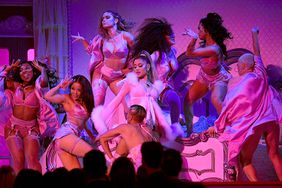 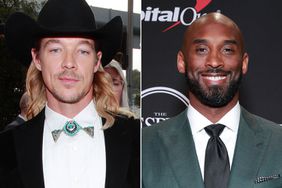 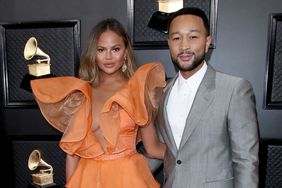 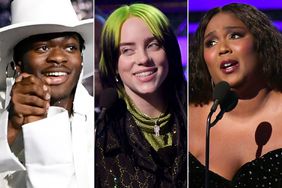